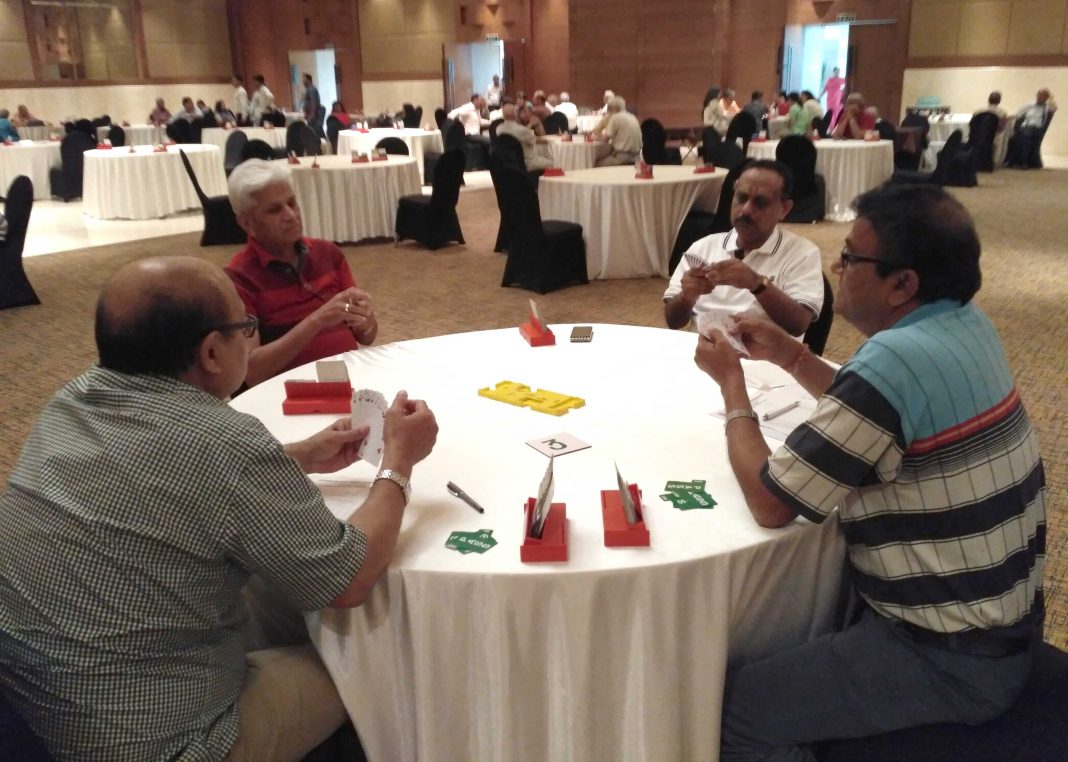 On the second day of the Chandigarh Open Bridge Championship, eight teams, including three from Delhi, two from Haryana, one each from UP and Rajasthan, and the host Chandigarh Bridge Association (CBA) team have qualified to enter the final Super League.

Hosted by CBA with the support of Steel Strips Limited, the Championship took interesting turn with Anoop Dhawan’s team from Delhi topped the list with a score of 98.63 after seven rounds with 10 boards per round.

The Super Leagues would decide the winning eight teams and eight pairs by tomorrow afternoon, and the Bridge tourney would conclude with prize distribution at 5:00pm, informed CBA President H.S. Dhariwal.