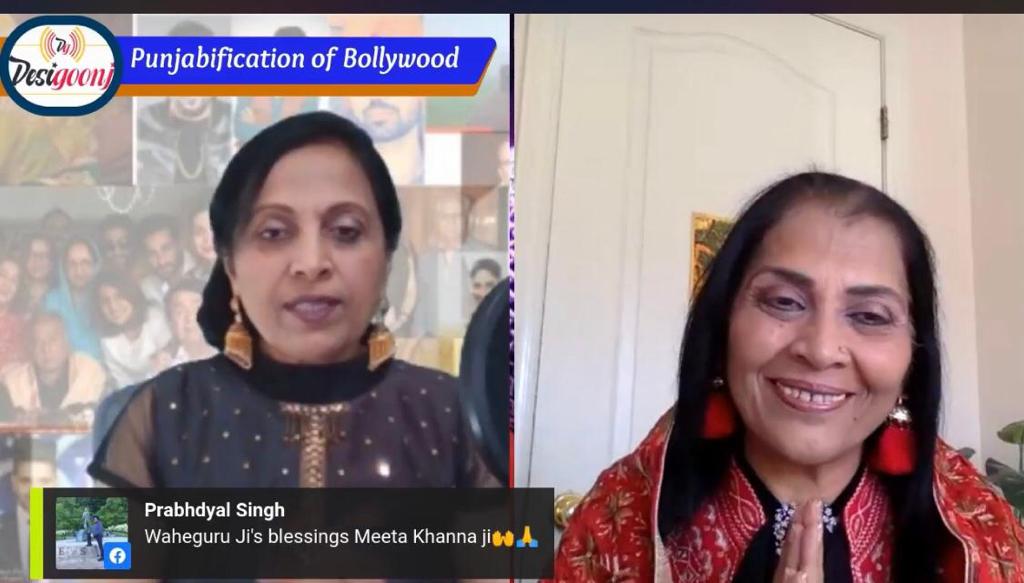 Desi Goonj Entertainment is a group established in USA and Canada by two highly talented and accomplished personalities. Kanwal Sachdeva who is a highly respected teacher by profession anchor & dancer (punjabi folk) by passion from Virginia, USA and Meeta Khanna, ex -banker and a well known & trained singer/ actor and poet plus Yoga Prana Vidya Healer from Chandigarh (presently in Brampton, Canada). The aim of this Entertainment Company is to bring forth talented artists from all over the world at a common virtual platform to showcase their talent through music and other performing art forms and safeguard plus show to the world the rich cultural heritage of Punjab as well as other states of India.

Various artists from different parts of the world are contacted and they are given a chance to perform under the banner of Desi Goonj Entertainment. They have already held10 such shows under the banner and all of them have been highly successful with a lot of appreciation from the audiences. The show ran Live on YouTube as well as Facebook.

On 25th of October last month a show was held to pay tribute to the legendary comedian Padam Shri Jaspal Bhatti ji where in many noted comedians performed. Throughout the show Mrs. Savita Bhatti wife of Mr. Jaspal Bhatti was present and with her blessings Mr. Amit Tandon, the world famous standup comedian and many more standup comedians gave hilarious performances which included Mr Comic Singh, Ms Gurleen Pannu from India, Mr Sunny Chahal from Canada and Mr Dev, Mr Rajiv and Mr Amit from USA. Ms Meeta Khanna also presented a standup which was very entertaining. Ms Kanwal Sachdeva’s anchoring was brilliant and appreciated by all.

On 8th of November again there was a show ‘Punjabification of Bollywood’ where in Punjabi songs from Bollywood movies were performed by many artists from India, Canada and USA. The show began with a Gurbani kirtan by Meeta ji herself followed by other artists. Again a beautiful show where many singers excelled in their performances and entertained the audience thoroughly. Ms Kanwal Sachdeva’s anchoring was absolutely great. She does a marvellous job in keeping the audience glued to their mobiles or laptops. The upcoming shows from Desi Goonj entertainment are Tribute to Kuldip Manak ji on 29th of November and celebrations of Prakash Gurpurab of Sri Guru Nanak Dev ji on 30th of November.