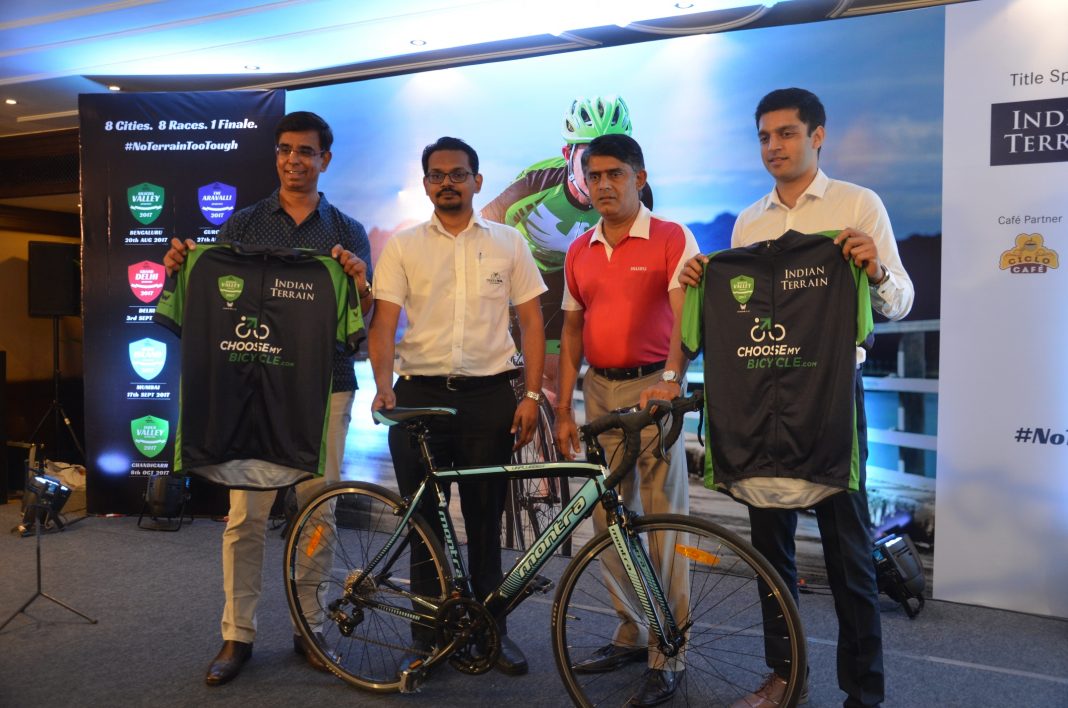 The Champions Sportive Series is a competitivecycling event for amateur cyclists, spread across 8 cities in India. The event format is split into two parts comprising of a competitive leg (100kmrace) andnon-competitive part of theevent (50kmride). Thetop3winners (Men and Women) from the competitive leg from each city, will get a chance to ride at ‘The Champions Sportive Series–Grand Finale’ in Delhi, against the winners from all 8cities. The event is conducted in line with international sportive standards, and will boast of the best of safety and ride measures across the routes.

Speaking on The Champions Sportive Series, Mr. Venky Rajagopal, Chairman & Managing Director, Indian Terrain Fashions Ltd, said, “Indian Terrain believes in a ‘Lifestyle’ which has well being and fitness as integral to the persona of our consumer. In perusing this belief, we are partnering with Choose My Bicycle to sponsor the ‘Champions Sportive Series’ and we believe that this will spread the awareness of the sport for both fitness and doing our bit to reduce our community’s carbon foot print.’’

Being at the forefront of the cycling revolution in IndiaMr. Kailash S, Head Marketing T.I Cycles said,“Montra’s vision is to make performance cycling accessible to all. Through the Champions Sportive event, we want to create a platform for amateur cyclists to experience competitive cycling.”

Speaking on the occasion Mr. Rohit Kuttappa, Chief Executive Officer, ChooseMyBicycle.com said: “The growth of cycling as a sport over the years has been phenomenal. We consider The Champions Sportive Series as the ideal platform for motivated amateur cyclists across India to part-take in this 8 city cycling championship, towards the endeavor of positioning cycling as a mainstream sport for all.”

Speaking about the association, Capt. J. Shankar Srinivas, Sr. General Manager, Communications, PR and External Affairs, Isuzu Motors India, said, “ Fitness is an essential part of a healthy lifestyle and this trend is fast catching up in India. Cycling has taken a lead in the minds of health conscious people. Cycling is not only a good fitness pastime but is equally reflective of an adventurous outdoor attitude to explore nature. The ISUZU D-MAX V-Cross is a vehicle that complements this attitude of adventure and outdoor and more importantly to travel the unbeaten path. We are happy to be associated with this event as an AUV partner”.

The IndianTerrain ‘Indus Valley Sportive’ event will comprise of an 88 km endurance race, and a 57 km ride. The 88km race will be the competitive leg of the sportive, while the 57 km segment will be a leisure ride. The Top 3 Men and Women in the 88 Km endurance race, will qualify for an accredited championship race  (Grand finale) with the winners from the other cities.