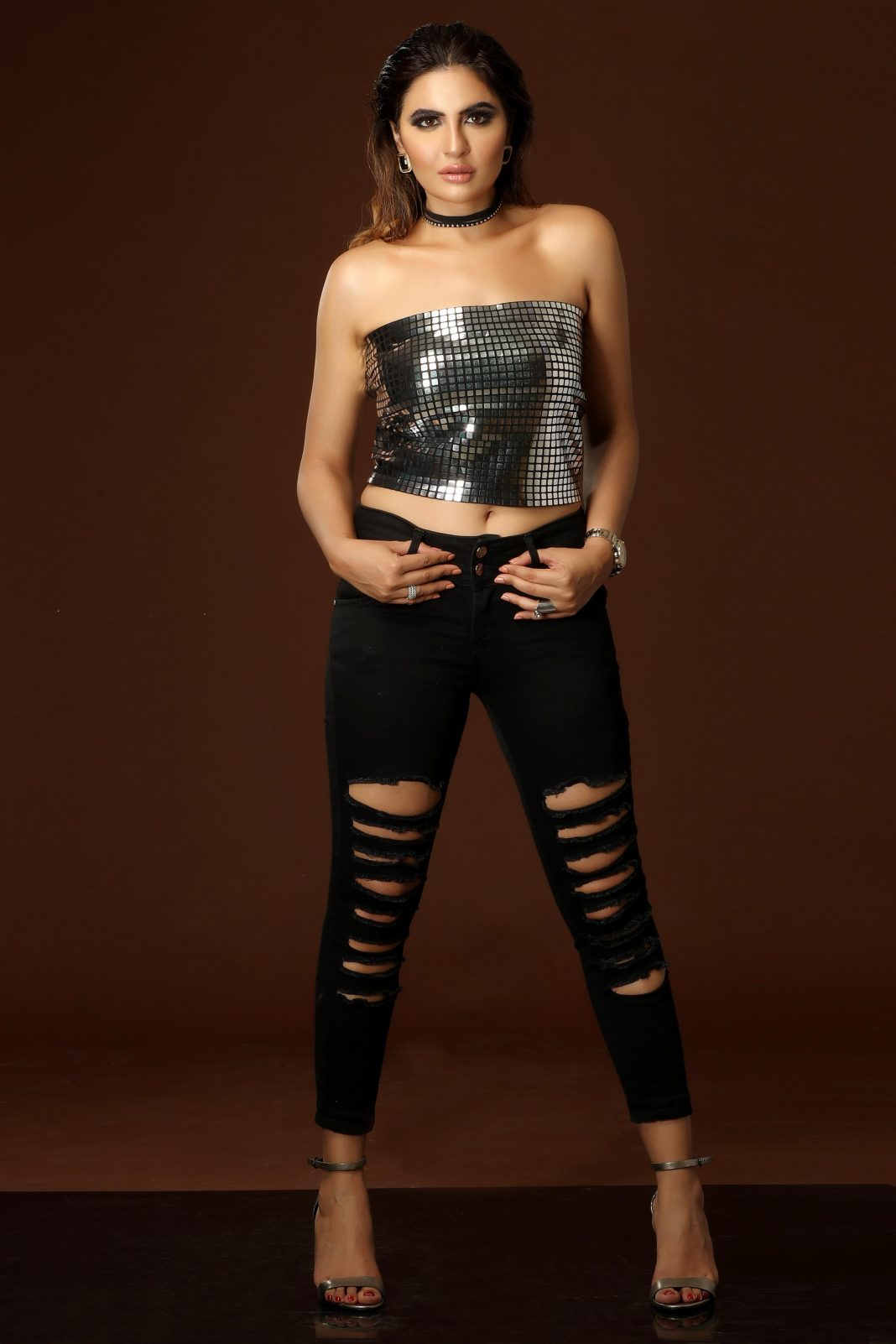 Deepti Sadhwani is an actor, singer with a difference. Deepti left a plum position as an investment banker in London to follow her heart and take up as a career – her passion –modeling, acting, and singing. After winning many beauty pageants, playing a role in the famous TV series ‘Tarak Mehta ka Ulta Chashma’ & hosting laughter reality show – ‘Hasya Samrat’, Deepti is now seen shaking a leg with Bollywood rapper  Badshah and singer Fazilpuria in the duo’s latest offering to the music world – ‘Haryana Roadways’.

The multi-talented actor-singer Deepti Sadhwani’s sizzling moves and a killer hot Haryanvi avatar has upped the glamour quotient of the single, which has been launched under the banner of Sony Music and has been produced by Deepak Nandal.

Asked about her look in the song, Deepti said, “This is the first time that I have donned the look of a typical desi ‘Haryanvi girl’ wearing a loud lehnga and I really liked the attire & the makeup. In the song, I have donned different looks. My first look is that of a Haryanvi girl and my second one is that of a glamorous bus conductor in which Badshah and Fazilpuria are driving the Haryana roadways bus. In fact, this was the most memorable scene of my shoot.”

The song was filmed in Chandigarh, Panchkula & Mohali during the lockdown.

Deepti added, “It was fun to be back on shoot after a long gap. The icing on the cake was working with Badshah & Fazilpuria, two amazingly talented people in the entertainment industry. There were many challenges we faced while shooting during the lockdown, but am happy that with the intense safety measures we took, COVID was kept at bay.” 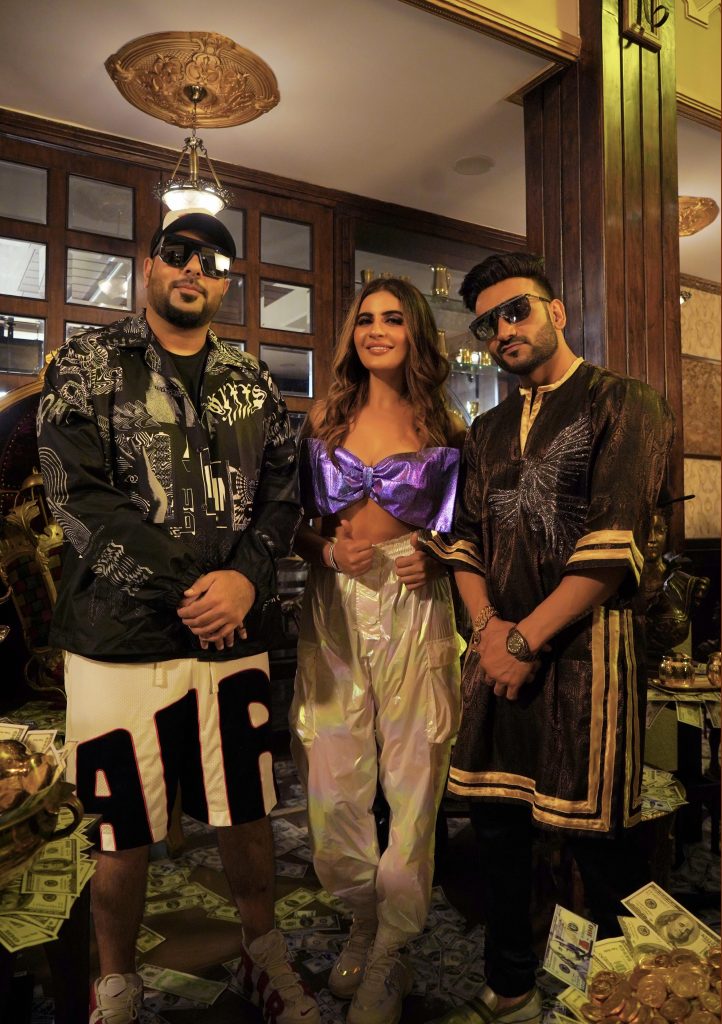 Sharing more details about the song Deepti said, “The song-title ‘Haryana Roadways’ depicts the loud and colourful Haryanvi culture, & the song is actually popularizing the rich culture of the state. The Badshah & Fazilpuria duo has worked magic and the result is a fun-filled song which is a combination of desi flavour & modern beats.”

It is noteworthy that soon after completing the song with Badshah and Fazilpuria, Deepti was offered the track “Toot Jaayein” as the lead actress. Composed by Vishal Mishra and directed by Arvind Khaira, the song is sung by Nishawn Bhullar, is releasing on Clik Record.

In her next project, the actress will be seen singing and featuring in a dancing number with Meet Bros. Another upcoming project is with Mika Singh- which is a fast beat Punjabi – Hindi number where she is singing and will feature in the track, with Mika Singh rapping in the song. What’s more, there are 4-5 more songs which are to be shot and released with Zee Music and T series soon.