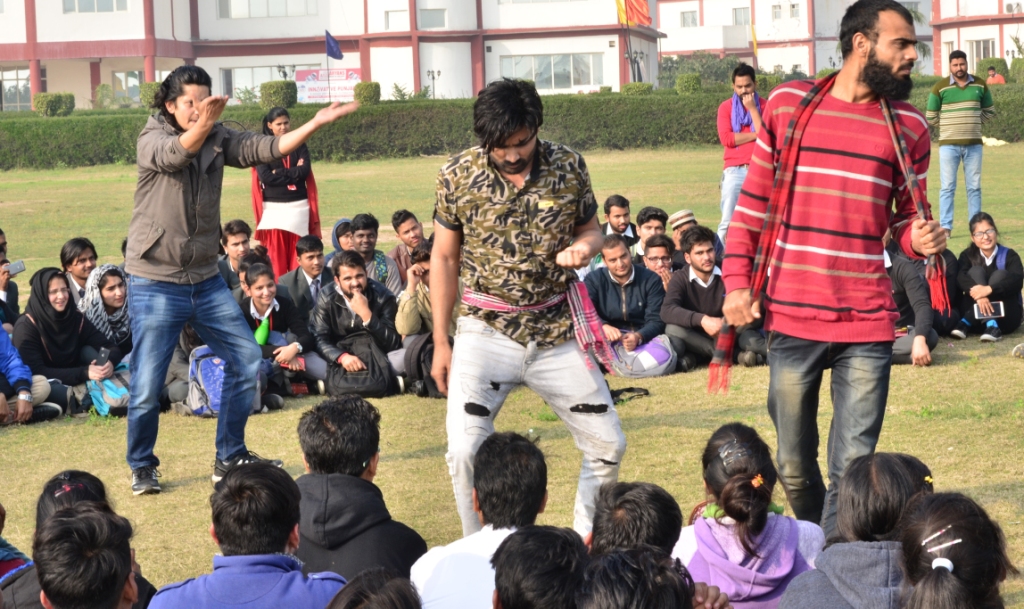 A Theater Festival was organized at Aryans Group of Colleges, Chandigarh. “When I Won Depression” staged by Karmbhoomi artistes & “Akhir Kado Tak” by Red Arts Punjab. The aim of the festival was to create fearless leaders said Dr. Anshu Kataria, Chairman, Aryans Group as both plays carried strong message to curb drug menace and mental stress resulting in fearless charming leaders thats what our society is looking for.

# When I won Depression by Karmbhoomi

As we all are aware by the year 2020, India is going to be the youngest country of the world with its 65% population under the age of 29 years but at the same time we have the reports coming from WHO which states that out of every four youth in India, one has a mental disorder which will double up by the year 2020.For the first time in India, this kind of initiative has been taken towards creating a positive impact on the youngsters.

The series has four main protagonists who believe in changing the world. The description, background and personalities of the protagonists are mentioned below, which include: Ojaswini Gul as Anukriti Singh – A third year student, is the Cultural President of the University and a hard-core feminist. Her purpose in life is to provide entrepreneurial opportunities to creative people. Guncha Dwivedi as Kiara Oberoi is the college tomboy, doing her second year study in Psychology (BA). She is the master-mind of the group. Jasvinder Singh as Kartik Kapoor is the social worker and a natural do-gooder. He’s the golden-boy with a humane side. Rahul Choudhary as Rajveer Chauhan who is a natural leader.

Prof B S Sidhu, Registrar, Aryans Group of Colleges, Chandigarh said such Festivals enlighten social issues and remedies to stress, drugs, depression and other common behavioral issues of youth. Our students were lucky to be part of outstanding educative plays during daylong theater festival ended on Feb 1.

Kulwinder Billa, Rajvir Jawanda and others to perform in Aryans 11th...