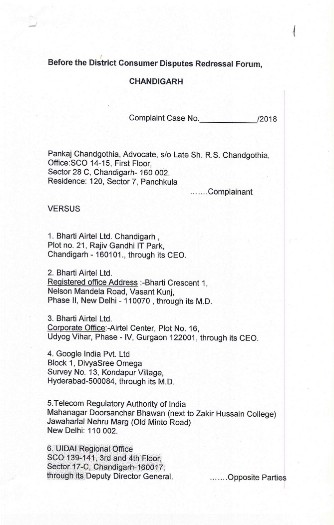 The District Consumer Disputes Redressal Forum-2, Chandigarh today issued notices to Bharti Airtel, Google India, TRAI and UIDAI for 13th September, 2018 on a consumer complaint alleging violation of “Right of Privacy” and encroachment upon Mobile Data. The complaint refers to the widespread involuntary saving of UIDAI helpline number in mobiles of Indian Citizens. 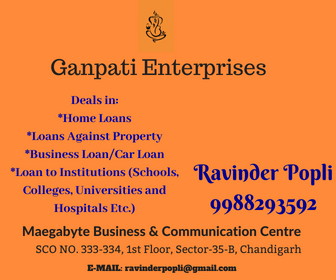 That the addition of any data in the personal mobile of any citizen, evidently amounts to encroachment on his person and his rights. It also creates an apprehension that his data is not safe and can be manipulated/altered/used/modified by the service provider or android administrator at their whims and fancies.

What data, a citizen consumer wants to save in his mobile, must be only his choice and no third party should be able to alter or manipulate that choice. A mobile connection and a mobile handset is the personal private property of any citizen. No intrusion into his  privacy by a third party can be acceptable. Such a view has been re-affirmed by the Hon’ble Supreme Court in August 2017 unanimously declaring thatindividual privacy is a “guaranteed fundamental riqht”.

Chandgothia submitted that Data Protection refers to the set of privacy laws, policies and procedures that aim to minimise intrusion into one’s privacy caused by the collection, storage and dissemination of personal data. Personal data generally refers to the information or data which relate to a person who can be identified from that information or data whether collected by any Government or any private organization or an agency.

The (Indian) Information Technology Act, 2000 deals with the issues relating to payment of compensation (Civil) and punishment (Criminal) in case of wrongful disclosure and misuse of personal data and violation of contractual terms in respect of personal data. 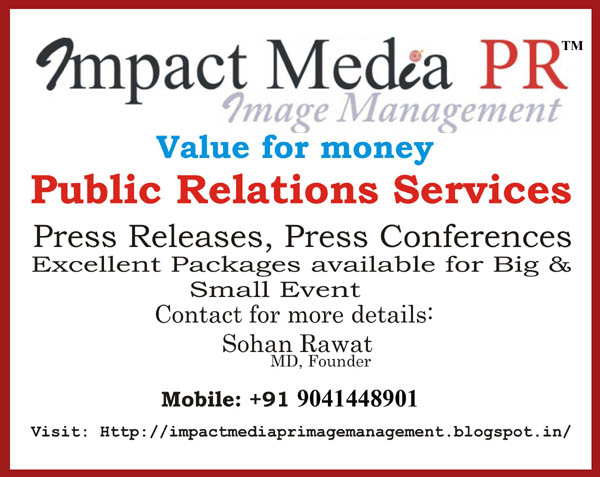 Under section 43A of the (Indian) Information Technology Act, 2000, a body corporate who is possessing, dealing or handling any sensitive personal data or information, and is negligent in implementing and maintaining reasonable security practices resulting in wrongful loss or wrongful gain to any person, then such body corporate may be held liable to pay damages to the person so affected.

Tampering with Computer Source Documents as provided for under the IT Act, 2000: Section 65 of the IT Act lays down that whoever knowingly or intentionally conceals, destroys, or alters any computer source code used for a computer, computer programme, computer system or computer network, when the computer source code is required to be kept or maintained by law for the time being in force, shall be punishable with imprisonment up to three years, or with fine which may extend up to Rs 2,00,000 (approx. US$3,000), or with both.

The complainant said that the OPs have committed Breach of Trust by their wrongful actions. The action and inaction on the part of the OPs amounts to grave deficiency in service and unfair trade practice. If the OPs can add something to the complainant’s data, it is obvious that they can also delete/alter/modify/misuse the same to the detriment of the complainant and other citizens. This act sets a very dangerous precedent.

Chandgothia said that although, the damage caused to the privacy of the complainant is immeasurable, however, he is restricting his claim to a token amount.

OPS jointly and severally be directed to:

The OPS be further directed to pay a sum of Rs. 10,00,000/- as token deterrent damages, to be credited to the Consumer Welfare Fund, as they have caused similar loss to crores of mobile subscribers.