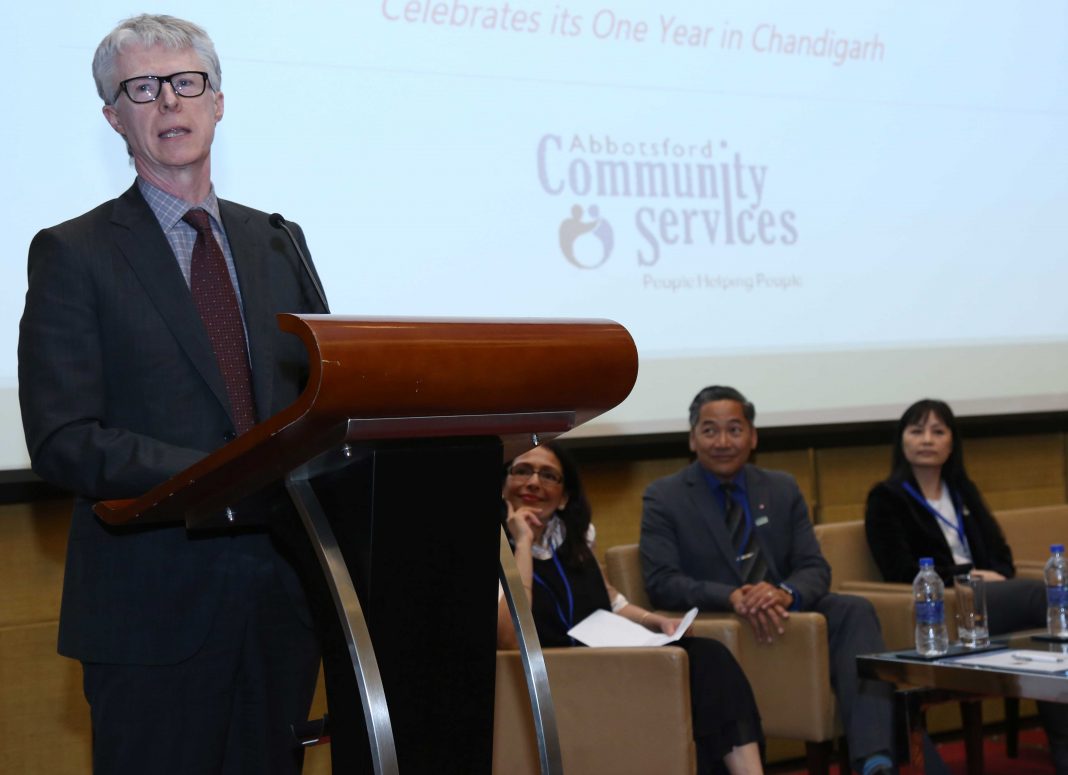 Consul General of Canada in Chandigarh Christopher Gibbins complimented the ACS team  for successful completion of their existence in the city and hoped that it would continue to guide and mentor the immigrants to Canada to make their transition from one home to another hassle-free and comfortable.

Rotary Club of Chandigarh’s President Neenu Vij appreciated the initiative of the Canadian government for their humanitarian support to help people migrate with ease.

Rod Santiago, Executive Director of ACS expressed his gratitude to the Canadian government for its financial grant under the aegis of Immigration, Refugees & Citizenship (IRCC), extending the services for another year.

The office celebrated its first year of operations in Chandigarh on Wednesday February 8th, 2017 and its ‘India2Canada’ programme offers a free-of-cost all pre-settlement related guidance to those qualified to become a Permanent Resident of Canada and is in possession of a letter from IRCC, Canada.

The services include documentation, deciding which city to live in, arrival procedures, employment, education, healthcare, cultural orientation and everything related to settlement that can help new immigrants with a smooth transition.

The Honorable Immigration Minister of Canada, John MacCallum and his delegation had visited the ACS office in November and offered their commendations for the work being done by the staff at the pre-arrival office.

Approximately 230 Indian nationals who sought guidance from the office have already reached Canada and have had successful beginnings in various provinces.

Earlier the special guests and invitees visited India2Canada office in the Elante Business Block where achievements were put on display.

ACS is a nonprofit, multi-service, multi funded community based social service agency registered in 1969. It offers services through 80 different programs. ACS has provided Immigrant settlement services since the late 1970s and is a key immigrant service agency in the Fraser Valley of British Columbia.

‘Emergence: Out of the Shadows’ – a film on LGBTQ rights...