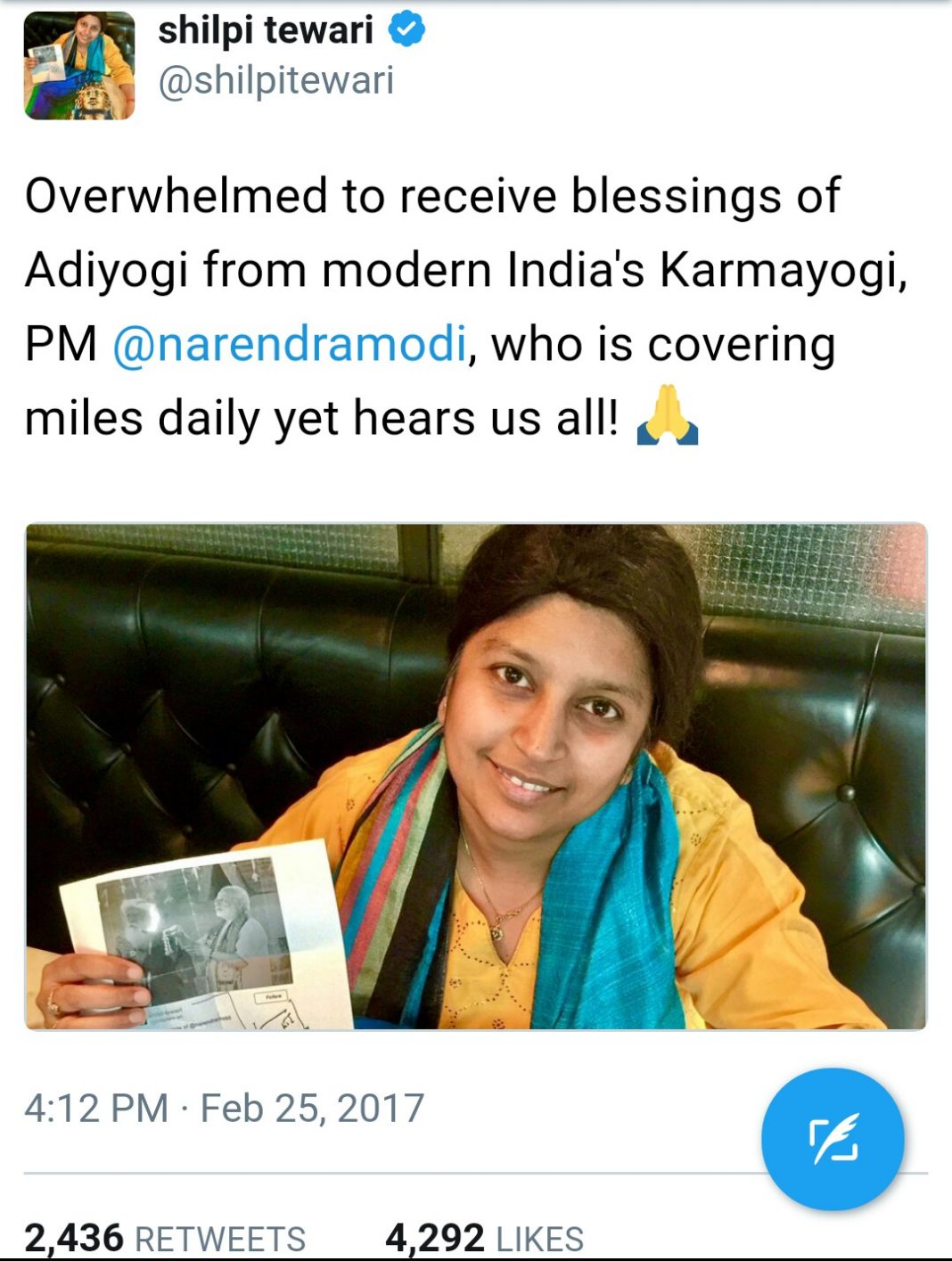 On the occasion of Mahashivratri, the PM was at the unveiling ceremony of the 112 feet tall Shiva statue at Isha Foundation, his dressing was on point and he looked every bit the ‘Shiv bhakt’ that the occasion called him to be. Case in point, his peacock blue colored stole which had the ’Shiva’ imprinted on it.

One girl from New Delhi Shilpi Tewari went ahead and tweeted about getting this stole. When happened next was unbelievable for all of us as well as Shilpi. The Prime Minister actually sent that stole to Shipli the very next day.

Shilpi tweeted about getting this Shiva stole from Modi ji and twitterati went crazy for it.