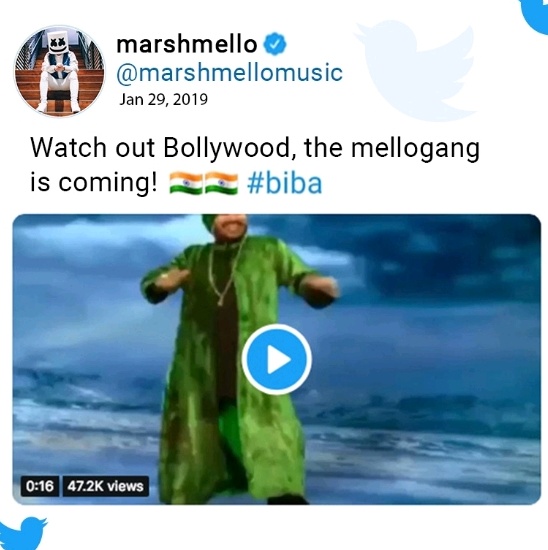 “A new year, a new international artist inspired by India’s very own musical fountain of youth, singer Daler Mehndi. After EDM artist Deadmau5 put his spin and made the world groove to Tunak Tunak Tun, American DJ Marshmello teased his Indian fans about his new track with a clip from the same song,” quotes Arpita of NewsNation.

The sassy part is the way he announced his visit to India. The youth icon used Indian King of Pop Daler Mehndi’s epic music video clip Tunak Tunak Tun to announce his arrival in Bollywood.

It was fun to watch the Bhangra Pop King invite Marshmello to his house in Delhi for “Makki di roti sarson da saag” and also asked him to visit the Golden Temple, referring to it as the Shrine of Divine Music!

Excerpts of the tweets are as follows :- 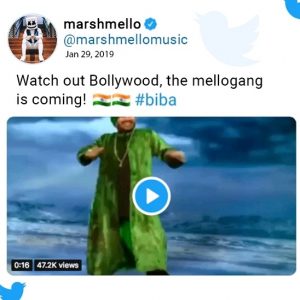 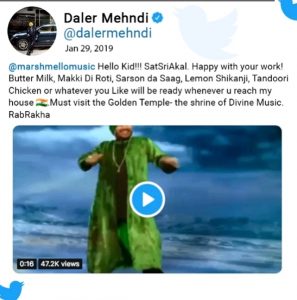 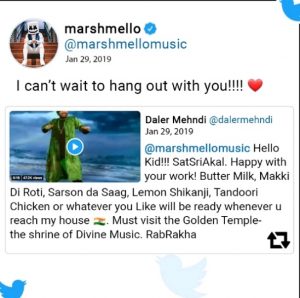 Daler Mehndi’s Tunak Tunak Tun is infectious & has been slaying the music world since its inception in 1998.