‘Jindua’ is the upcoming Punjabi film releasing on 17th March, 2017. This romantic film has released its trailer, songs Dholna and Chal Jindua and now has released its third song ‘Beauty Parlour’ a song sung by Neha Kakkar and Ikka. This film is presented by Ohri Productions and Infantry Pictures in association with Yadu Productions and directed by renowned Navaniat Singh.

The lead role in the film is played by the very famous actor Jimmy Sheirgill, Neeru Bajwa and Sargun Mehta. The star cast also includes comedian Rajiv Thakur. The beauty of this ‘Beauty Parlour’ song is that actress Neeru Bajwa and Sargun Mehta both are performing together for the first time in this song which will be a great delight for audience. The audience will have a different experience listening to Neha Kakkar and Ikka together again. The makers of the song are expecting it to be a hit among girls as they can easily relate themselves largely to the lyrics of the song. So, get ready to rock on this song.

Film trailer and amazing song like Dholna sung by Singer Prabh Gill and Shipra Goyal and song Chal Jindua sung by Singer Ranjit Bawa and Jasmine Sandlas are largely enjoyed by the audience, so are the expectations from this freshly released upbeat song ‘Beauty Parlour’. Labeled by Speed Records, the music of the song is given by great Jaidev Kumar and the lyrics of the song were given by Ikka. The song is mixed and mastered by Bhanu Thakur and the music assistants of the song are Durgesh Rajbhatt and Love Shankar. 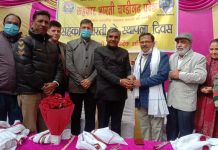 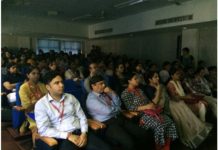 Seminar organized by Department of Pediatrics, on “Sensitization Regarding Prevention of...

‘Jatt Vs IELTS’ is a Comedy Film Every Punjabi Will Definitely...

Directors make Actors, its their vision which makes actor a star:...