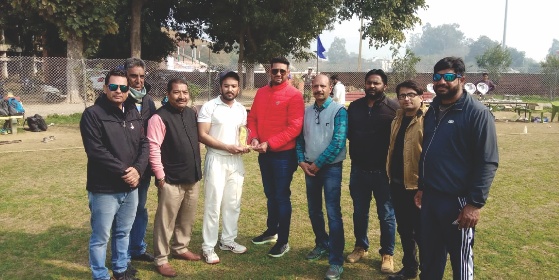 The game started at 9 am schedule at Ferozepur, Bathinda, Muktsar and Ropar however due to fog and low visibility it was delayed by an hour at Gurdaspur, Nawanshahr and Sangrur . As per the guidelines of the tournament and PCA each team had a chance to play 50 over’s, however due to late start of the play, number of overs were reduced to 45 at Sangrur, 44 at Nawanshahr and 42 at Gurdaspur.

Expressing his happiness on the progress of the Inter District Cricket Tournament and performance of the players in these matches, Padma Shri Rajinder Gupta, Chairman of Trident Group and Chairman of Punjab Cricket Association Mohali , said that these initiatives to promote the game and infrastructure for the players at grass root level will benefit the young players of these districts and further will go a long way in emergence of new heroes on the State cricket scene.

Live scores of the matches played in the Trident Inter District Cricket one day tournament 2021 are also available online at https://cricheroes.in/tournament/207793/Trident-Inter-District-Cricket-Cup

The key takeaways of matches played on the second day are as given below:

·        Muktsar DCA vs Faridkot played at NPS Cricket Grounds Muktsar, Faridkot DCA won the toss and elected to bat first and were bold all out for a score of 149 in 41.3 Overs. In reply Muktsar DCA made 150 runs in 39.2 over’s for a loss of 5 wickets and won the match with 5 wickets in hand. Kashish Panseja of Muktsar DCA was declared the man of the match for his all rounder performance. Kashish scored 51 runs of 72 deliveries and in his bowling spell of 10 overs took 3 wickets giving away just 13 runs. Harjot Dhawan of Muktsar DCA also scored 50 runs of 73 balls.

·        Mansa DCA vs Bathinda DCA played at Cops club Bathinda Mansa DCA won the toss and elected to field first. Bathinda DCA while batting first made a huge total of 286 for the loss of 8 wickets in the allotted 50 over’s. In reply Mansa DCA made just 111 runs in 26.4 overs and was all out. Bathinda DCA won by a huge margin of 175 runs. Uday Saharan of Bathinda DCA was declared Man of the match.

·        Sangrur DCA vs Barnala DCA  played at Govt College Sangrur , The match started late due to fog and number of over’s were reduced to 45. Barnala DCA won the toss and elected to bat first and scored 189 for loss of all 10 wickets in 44 over’s. In reply Sangrur DCA could make only 182 runs and were bowled all out in 36.4 over’s. Mandeep Inder Bawa of Barnala DCA was declared man of the match for for his all rounder performance; he scored 101 runs in 125 deliveries with 12 boundaries and a six. In his bowling spell of 5 over’s he took 4 wickets giving away 30 runs.

·        Nawansahar DCA vs Kapurthla DCA played at RK Arya College Nawansahar, The match started late due to fog and number of over’s reduced to 44. Kapurthala DCA won the toss and invited Nawanshahr to bat first. Nawanshahr team made 279 runs for loss of 9 wickets. In reply Kapurthala DCA scored 219 runs and was bowled all out in 39.3 overs. Aman Ghuman of Nawansahar DCA was declared man of the match for his excellent batting performance of 111 runs in 126 balls with 10 boundaries and 2 sixes.

·        Ropar DCA vs Fatehgarh Sahib DCA played at Govt College Ropar, Ropar DCA won the toss and elected to field first. Fatehgarh DCA while batting first lost early wickets very quickly but managed to score  166 runs for the loss of all their wickets in 45.4 over’s  , Chasing the target Ropar DCA made 168 runs and won the match by 6 wickets in 21.2 over’s. Madhav Pathania of Ropar DCA was declared the man of the match for his excellent bowling of 10 overs 5 maiden 10 runs and took 3 wickets. Nitin Kamboj for Ropar DCA scored 59 of 50 balls with the help of 7 boundaries and 3 sixes and Ravikant made 43 of 33 deliveries with help of 7 boundaries and a six.

·        Hoshiarpur DCA vs Gurdaspur DCA played at Govt College Gurdaspur. The match started late due to fog and number of over’s reduced to 42. Team Gurdaspur DCA won the toss and elected to bat first and made a score of 107 runs. They were All out in 34.2 over’s. In reply chasing the target Hoshiarpur DCA completed the target in just 12.2 Over’s, they made 110 runs and won the match by 10 wickets. Karan Chawla  of Hoshiarpur DCA was declared the man of the match for his unbeaten innings of 67 runs in 46 balls with help of 10 boundaries and 3 sixes. Rajat Sharma of Hoshiarpur took 3 wickets in his 9 overs and gave just 16 runs (9-4-16-3).

Detailed Point’s position in each pool after today’s match is available on https://cricheroes.in/tournament/207793/Trident-Inter-District-Cricket-Cup#PointTableDetail

Creative decorating with houseplants, from floor to ceiling 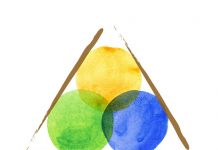 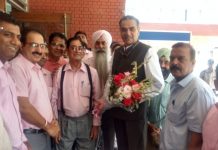 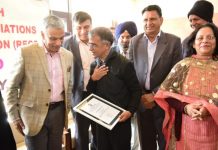 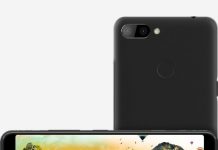