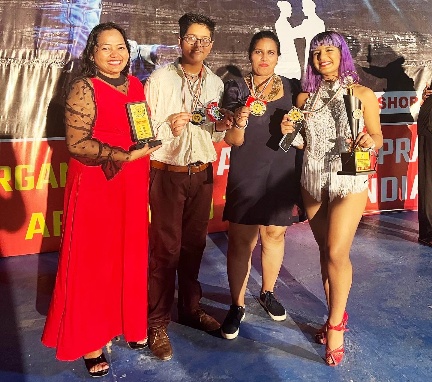 Trained by experts of Dancesport Association of Haryana (DSAH), three dancesport enthusiasts – Aashna Bagri, Anita and Navdeep Singh – stole the limelight at the 12th National Dancesport Championship held in Meerut, UP.  The event was organised by All India Dancesport Federation.

“It is a rare honour for us. The feat of the trio is quite encouraging for all those who wish to make dancesport a career for themselves. Aashna Bagri won two Gold Medals in the age group of 19 plus under adult salsa and free style category. Anita bagged a Gold Medal under adult Cha Cha category while Navdeep Singh won two Silver Medals under 14-year category of freestyle and Cha Cha Junior-2,” informed Barsha Rana, General Secretary, DSAH, which has its state headquarters in Panchkula.
According to Barsha Rana, Navdeep and Anita have trained under Barsha Dance Company for the last six months. She said that Aashna Bagri is Haryana’s 19 years old prodigy. She won three world titles in salsa and now has bagged two Gold Medals for India in the 12th National Dancesport Championship.Hide quoted text.

She said that Bagri is quite talented and promising as well. She stood first in the freestyle solo and salsa solo category. She has been trained by her mentor Varun DS Rana and DSAH coach Barsha Rana. 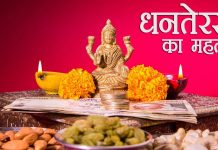 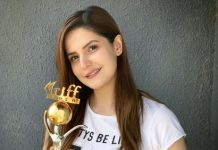 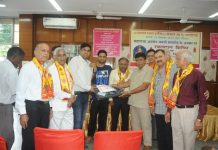 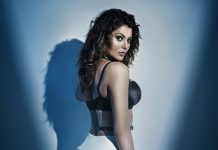 Inauguration of Extended Dispensary and Crèche followed by the Award function