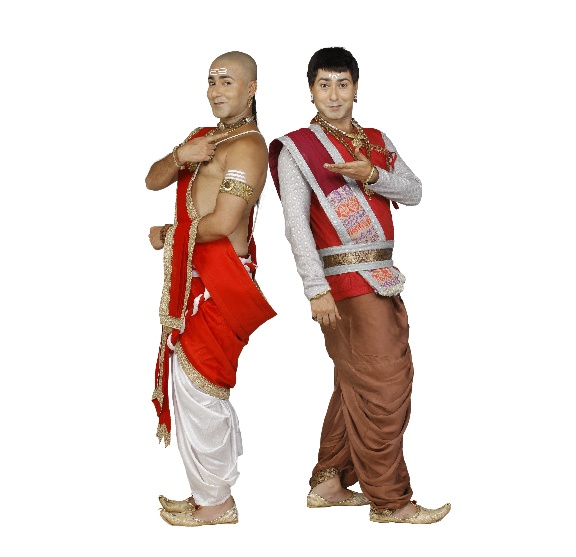 Sony SAB’s entertaining period drama Tenali Rama continues to woo its audiences with interesting characters and newer twists and turns. The show recently introduced the Naya Adhyaay with the real Rama coming back, which means the lead actor, Krishna Bharadwaj will be seen in a double role as a father and his son. While the son, Bhaskar now has his entire family with him, there are bigger challenges for him and Rama with Pralayankar always trying to one-up them. There is lot in store for the viewers with the upcoming episodes of Tenali Rama as Rama is back to solve the cases in Vijayanagar in his very own quirky style, while he also prepares his son, Bhaskar for his life ahead.

The show has been receiving immense love from the viewers and with the fans’ favorite Rama making a re-entry, viewers are super excited. Interestingly, owing to the massive affection and support from the audiences, Tenali Rama is also celebrating its successful completion of 700 episodes.

To celebrate this moment of success and to thank the viewers for their unconditional love, the team of Tenali Rama recently visited Chandigarh. The cast was overwhelmed on witnessing the love and support from the viewers and they had an amazing time meeting everyone there.

Krishna Bharadwaj, playing the role of Rama said: “The entire journey of being a part of Tenali Rama has been really overwhelming especially with the various transformations I have had and the love our viewers have showered upon us. I was very excited to visit Chandigarh and meet our lovely viewers there. It was an amazing experience visiting this beautiful city and to try the mouth-watering delicacies there. I hope we keep getting the continuous love and support for Tenali Rama and we promise to keep entertaining our viewers.”

Pankaj Berry, essaying the role of Tathacharya said: “The air of Punjab itself has something in it. I was all excited to come to Chandigarh and meet our fans there. We surely had an amazing time going around the city and eating delicious food like Chhole Kulcha and Gol Gappe. It was great witnessing the love for our show and we hope the viewers keep supporting us.”