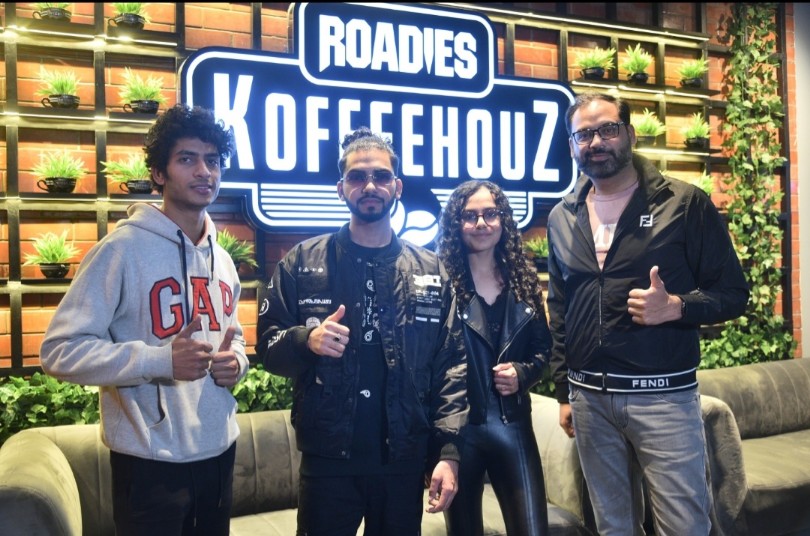 Talking to the media, Sahil Baweja, Founder and CEO, Leapster Restaurants Pvt Ltd, the official licensee of the brand ‘Roadies’ for running and operating Roadies Koffeehouz outlets, said, “The posters depict local superstars and the interiors of the restaurant through graphic work. The idea behind releasing the posters was  to bring to light the achievements of the youth icons  so that people can get to know about the skills of these talented youngsters who are one amongst them. Roadies Koffeehouz wanted not only to honour these superstars but also motivate youth of the tricity  to work hard and  shine in their respective fields.”

Baweja further said that Roadies Koffeehouz has partnered with various communities including biker groups, off-roaders, rappers, and entrepreneurs to promote local achievers and recognize those who have dared to make an impact. The brand has even released an anthem in collaboration with Chandigarh-based rappers. It supports and highlights regional talent by recognizing ‘Roadies Koffeehouz Superstars’ of the Tricity and featuring their work at the stores and through the official online platforms.
Rapper Super Manikk (original name Mukul Monga) of MTV Hustle 2 fame, is a multi-genre record producer who runs his YouTube channel. He appreciated the effort of Roadies Koffeehouz in recognizing the local achievers and providing them their popular platform.

Prithvi Singh Dhillon, a dedicated and professional motorcycle athlete, said that energizing and bringing together the biking enthusiasts is a good idea and he is feeling proud to be on the Roadies Koffeehouz’s super star poster.

Ananya Kapoor, a class Xth student of Strawberry Fields High School, an ardent golfer, playing Golf Tournaments from 2013 onwards, said, “I am happy to be part of this talent promoting initiative of Roadies Koffeehouz.”

The superstar posters put up on the wall of Roadies Koffeehouz, Sec 7 also showcased Kabir Waraich, who is the winner of the national off-roading contest held in Goa recently, along with a few other old Roadies stars.

Roadies Koffeehouz  offers a coffee blend exclusively roasted for Roadies, featuring a specialty Arabica and a phenomenal naturally processed Robusta from the hills of Coorg. What’s more, apart from the Indian and Asian platters, the Roadies Koffeehouz menu also offers hand-stretched fire oven pizzas, hand-made patty burgers, sourdough toasts, and vegan tacos along with an extensive American breakfast menu featuring their award-winning pancakes. Moreover, the platters created by renowned Chef – Kunal Kapur recently on the launch of Roadies Koffeehouz , Sec 7 have been added to not just the Roadies Koffeehouz, Sector 7 menu, but also to the menus of all existing Roadies Koffeehouz outlets.