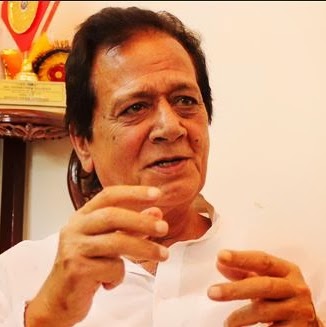 The former Union Minister and President of “JAN KALYAN MANCH” Dr. Harmohan dhawan strongly condemned the officers of the Chandigarh Corporation for their failure to check the menace of stray dogs in the city.

In 2012 the population of stray dog in the city was 8500, it is claimed by the officers that sterilization of 8600 dogs was done during this period. In spite of all these efforts the stray dog population has gone up to about 16000. About 70 dog bites are being reported daily in sec-19 & 38 dispensaries. A private NGO is carrying out the sterilization programme of the corporation. People have started doubting the claim and allege that the NGO & the officers are in conviance & the sterilization of dogs is more on paper only otherwise the stray dogs would not have doubled.

The officers are unconcerned and insensitive to the agony & pain besides the financial loses of the dog bite victims.  No one is responsible and there is no accountability. Most of the officers come from the remote cities of Punjab and Haryana on deputation. Chandigarh is a heaven for them and they consider it as a pastime to enjoy life. They have no commitment and involvement in the welfare of the people. They know under worst circumstances, the maximum punishment could be the repatriation to their parent state.

For the last many years there had been hue & cry on the issue of stray dog bites in the city. It is most unfortunate that many a times even the High Court had to intervene and issued directions and also reprimanded the officials for not checking the dog bite menace. The corporation officers are unconcerned and move the files up and down and no action is taken. In the year 2001 the corporation had promised to construct 2 dog pounds in the city which turned out to be another false promise and the people are suffering.

1 Since it is the failure of the corporation, free medical treatment should be provided to dog bite victims

In an emergent meeting of JKM today it was decided that if the effective steps are not taken to check the stray dog manence, the JKM will catch the stray dogs and release them in the residences of the concerned officers. The people can’t be made to suffer because of their complacency, negligence and carelessness of the officers and hence this direct action to wake them up.