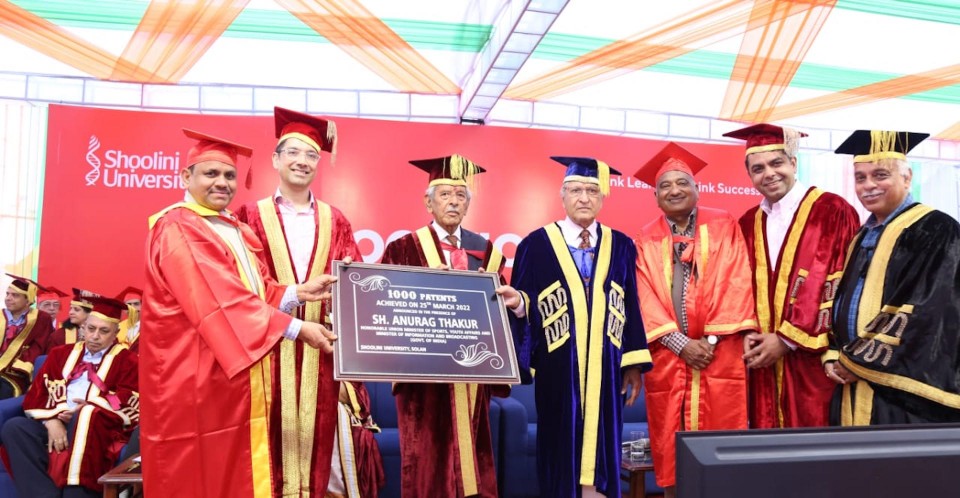 Shoolini University has added another feather to its cap by crossing the landmark number of 1000 patents filed by its researchers and students. This record has been achieved within a span of six years since the Intellectual Property Department of the university was created in 2016.

There is a dedicated team of biologists, engineers, IP attorneys who are actively involved in filing patent applications on behalf of the University at the Indian Patent Office, Indian Copyright Office, Indian Industrial Design Office, and Indian Trademark Office.

Chancellor Prof P K Khosla said he was delighted that the target had been achieved by the staff and students of the university and expressed the hope that it would encourage others also to take up research.

Vice-Chancellor Prof Atul Khosla described it as “an amazing achievement and we will work at the grassroots level to serve the society”. He also congratulated the university staff for this achievement.

Prof Kamal Dev, Director of IPR at Shoolini University said the achievement will encourage others to file more patents and it was a step towards the call given by the Chancellor and Vice Chancellor –  “one student, one patent”.

The maximum number of patents have been filed by the engineering department, followed by the Biotechnology and Basic Sciences. The university has taken a big initiative to commercialize the key patents and take them to the end-users.

Intellectual property plays a very crucial role in the economic development of the country and Shoolini University will be contributing in a bigger way to enhance innovation, competitiveness and economic growth in India,  added Prof. Kamal Dev.