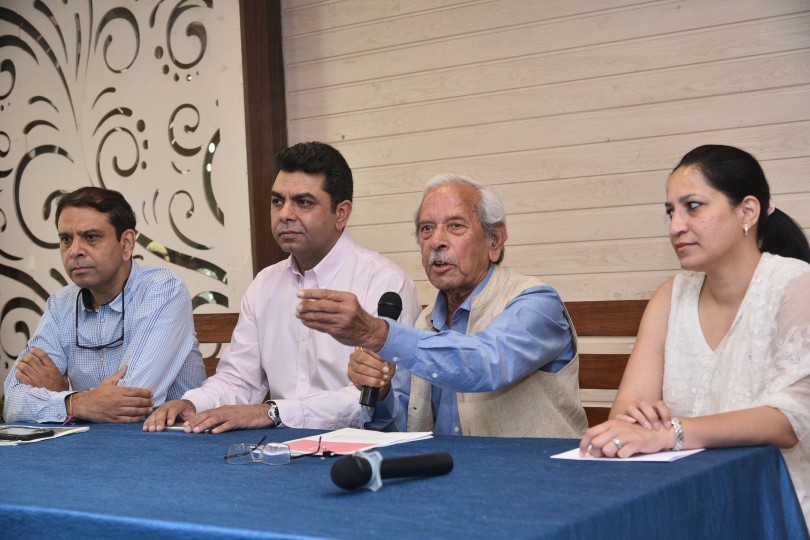 In a path-breaking achievement, Shoolini University has emerged among the top 200 global universities in the Times Higher Education (THE) Impact Rankings 2022.

The prestigious rankings, were announced by Times Higher Education, considered the gold standard for international rankings of institutions of higher learning, on Wednesday night.

It has also been ranked at number two in the world in the Sustainable Development Goals (SDGs) for affordable and clean energy from among 705 institutions and sixth among 674 institutions which competed in water usage and care category.

This achievement of the 13-year-old university, which is founded by top academicians and professionals, is the culmination of its mission to be a Top 200 global University by 2022.

“Ten years ago, it seemed to be an impossible task when we took on the goal of being a Top 200 University in the world,” said Prof. P.K. Khosla, founder and Chancellor of the university.

“While initially there were many sceptics, none other than India’s former President Dr Abdul J Kalam encouraged us to strive towards this goal. Importantly we have persevered and our continued emphasis on research, quality of education and making an impact on society has enabled us to emerge as a distinctive Institution of Higher learning. Incidentally we are also ranked number one in the country in citation impact per paper and sixth in the QS Asia 2022 rankings and 89th by the National Institutional Rankings Framework (NIRF) of the union education ministry. Our researchers have filed a record 1025 patents which is among the highest in the country.”

Complimenting the teachers and researchers at the University, Pro-Chancellor Vishal Anand said – the rankings were a landmark achievement for the 13-year-old university. These latest rankings have paved the way for the university attaining greater heights in the field of research and SDGs.

President, Innovation and Director of Yoganananda School of Artificial Intelligence, Mr Ashish Khosla said that these rankings aim to identify and honour institutions striving for positive change and acting as disruptive forces.  They highlight the commitment and ability of Universities to contribute towards tackling the biggest issues facing our world.  Top world rankings in these elite rankings are a matter of national pride.

Vice Chancellor Prof Atul Khosla said that the rankings indicate the future orientation of Institutions of Higher-education.  The ranking is a reflection of Shoolini’s   work in areas as diverse as  Artificial intelligence, Solar energy, Water conservation, innovative teaching including patents by students, and building an energy positive campus with gender parity.

The SDGs were adopted by all 193 member states and are a culmination of decades of work on pushing forward a global commitment to tackling the biggest issues facing our world. It was felt that universities were uniquely placed to help in the implementation of the SDGs.