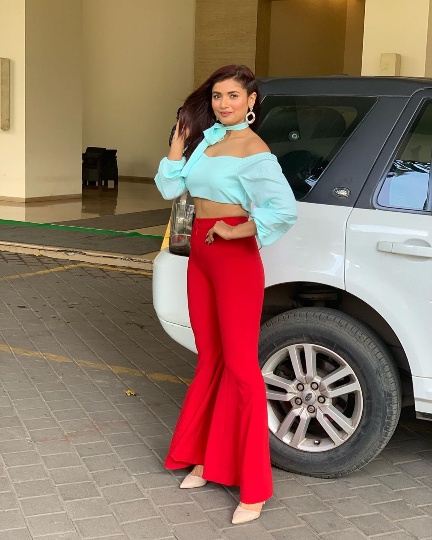 Angrezi Wali Madam has been one of the best duets Punjabi industry has ever produced. The song that has definitely started again the trend of duet songs in the industry, now the hit pair of Kulwinder Bill and Shipra Goyal is all set to come together with ‘Angrezi Wali Madam 2’ along with the doctor of music Dr. Zeus.
The other details of the song are yet to be revealed. However, the video of the song has already been shot.

The two artists share a good rapport with each other, have also performed together for a show on TV.

Talking about the collaboration, Shipra Goyal said, “Angrezi Wali Madam is one of my favorite songs till date. I feel so overwhelmed when people still call me ‘Angrezi Wali Madam’. And now, working with the same team is an amazing experience. We have tried our best to make the song even better. I just hope that the audience supports even this track as they have always supported.”

Kulwinder Billa said, “I haven’t done many duet numbers in my career but the response we got for ‘Angrezi Wali Madam’ is just unbelievable. Now, coming together with the same team is not only exciting but it is like an added responsibility and an expectation we have to fulfill. I just wish that we will be able to live up to the expectation of the audience and hope that this track will also be a super hit.”

The music director of the song, Dr. Zeus said, “Both Shipra Goyal and Kulwinder Billa are blessed with the melodious vocals and together they are just magical. The lyrics of the song are amazing and we tried to make it as the perfect blend of urban and desi music which will surely attract audiences all over. I am quite confident about this track, now it is up to audiences how they will react when they hear the song.”

The releasing date of the song along with an official poster will be revealed soon.