To mark the occasion of World Consumer Rights Day, the Department of Food & Supplies and Consumer Affairs & Legal Metrology, U.T., Chandigarh in collaboration with the Consumers Association, Chandigarh today organized a seminar at U.T. Guest House, Chandigarh for the awareness of the consumers about their rights, duties and references to the protection of the consumer interests against any kind of exploitation by the trade and industry. Sh. V.P. Singh Badnore, Governor of Punjab and Administrator, U.T., Chandigarh was the chief guest on this occasion.

During the course of the seminar, lectures on consumer awareness were delivered by the representatives of the Consumer Association, Chandigarh. The representatives expounded the importance of being aware about the rights of consumers. They also addressed the gathering regarding food adulteration, legal provisions and remedies available to the citizens aggrieved by food adulteration.

Speaking during the occasion, Hon’ble Governor of Punjab and Administrator, U.T., Sh. V.P. Singh Badnore said that, “This year’s theme for World Consumer Rights day is “Consumer Rights in Digital Age”. The use of internet, mobile phones and other digital technologies is spreading widely around the world. As consumers, we are a part of every transaction that occurs on the planet. We are at the heart of many of the challenges and opportunities faced by the world. The need of the time is to educate consumers on various concerns relating to products and services involved in the use of digital systems.

The Governor also shared a famous quote by Mahatma Gandhi, “A customer is the most important visitor on our premises. He is not dependent on us. We are dependent on him. He is not an interruption of our work. He is the purpose of it. He is not an outsider of our business. He is part of it. We are not doing him a favour by serving him. He is doing us a favour by giving us the opportunity to do so.”

He further added, “I feel happy to share that U.T., Chandigarh has  established District Consumer Protection Council in 2016 where a landmark decision of declaring “Chandigarh-city without service charges on eateries’ was taken. The decision has benefitted each and every consumer of the city visiting hotels, restaurants and other eating joints which used to fleece the customers by imposing illegal/unfair service charge. He also shared that Chandigarh Administration has recently launched Chandigarh Consumer Helpline at Sector 19 where consumers may file complaints at toll free number 1800-180-2079 for guidance and speedy disposal of their grievances.”

Sh. R.K Kaplash, Chairman, Consumer Association, Chandigarh said that, “the zeal, efforts, dedication and enthusiasm put up by the members of the forum for public service is commendable. The Chandigarh Administration is ready to extend its support to the forum.”

Sh. Jagga praised the Chandigarh Administration for putting ban on levying of service charge on food bills by Hotels & Restaurants and making Chandigarh the first city in India to impose such ban on eateries. 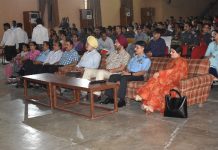 Seminar on “Career as an Officer in Indian Air Force” 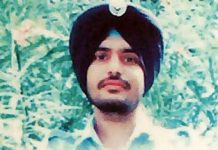 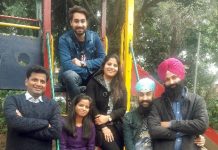 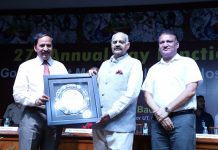 Incentives must for doctors in rural areas to cope with shortage:...