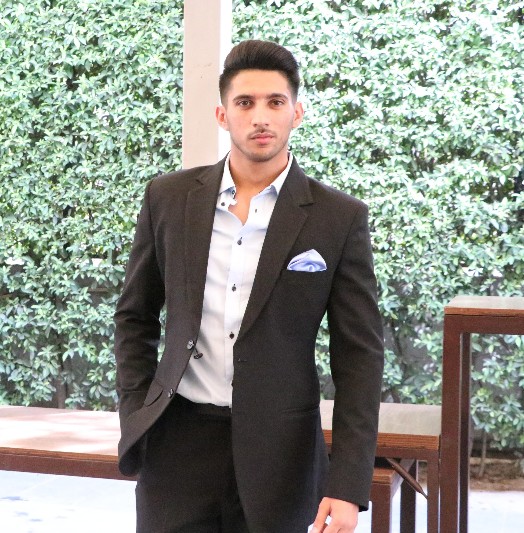 Sanju has always been my role model. I used to mimic his dialogues when I was in school. He inspires me a lot as he has faced so much in his life still he has overcome those tragical situations so well. If I get even 10 minutes to share screen with him, it will be a dream come true says Rajbir Vats who will be seen in “Rooh” song as an Actor.

Rajbir Vats is being featured in the Hindi Song, “Rooh”, which is sung by renowned singer Kamal Khan and is released under the banner of T-Series. Actor Rajbir Vats along with the team released the song today and interacted with the media.

Rajbir always wanted to be an Actor. He told,”I have done so much theatre in school. I just wanted to be an actor only. My dad lives this dream with me. I have started acting when I was in 4th Class. Then I acted in documentaries and school plays. Later I went to London for acting course.”

He further told that he finds Indian acting style far better than British one. He did his acting course in London where he got the Best Negative Role Award. Rajbir told that he wants to do different kinds of roles which would challenge him as an Actor.

When asked about being introduced by two big names, one the Music Label as T-Series and two a renowned singer, Kamal Khan to which Rajbir replied, “I actually feel proud and happy to be associated with these two big names who gave me this opportunity to be seen by the masses”. He added, that he would like to thank Dr. Ashupriya, his mentor who always believed in me that I have that potential to be a part of this industry and a word of thanks to Dr. Nirmal Singh, who supported me in the execution of this song, “Rooh” for which the music has been given by the famous Director, Robby Singh and the lyrics have been penned down by the famous lyricist, Raj Ranjodh.

Speaking on his future plans, Rajbir said, that he is working on few more projects and is looking forward to act as a lead actor in a Hindi film soon.