Even as India is witnessing one of the largest inoculation drives in the world to contain the spread of new COVID-19 strain, Guru Manish a renowned proponent of Ayurveda, has stressed on the need to increase ‘natural immunity’, using Ayurveda, to keep the virus at bay.

The well known Ayurveda exponent, who is founder of Shuddhi Ayurveda which has its corporate headquarters near Chandigarh, and who is also the brain behind a pan India & even world online signature campaign – ‘Right To Ayurveda’ said, “It’s important for all Indians to develop immunity via Ayurveda despite the vaccination drive. I hail the vaccination drive, however the whole exercise will take a long duration to cover all Indians as our country’s population at over 1.3 billion is the second largest in the world. So we Indians should make full use of the time tested immunity boosting protocols established by Ayurveda. This will improve immunity of people naturally, and help them keep the virus or any mutated strain of the same at bay, before the inoculation reaches them.”

Added Guru Manish, “Although, the vaccine would help stem the virus but it can’t be uprooted until we increase our natural immunity through Ayurveda. In a country where Ayurveda was born, the government is duty bound to promote Ayurveda as an immunity boosting system & not just the vaccination drive, both sides of the coin need to be projected in equal measure.”

He highlighted that according to our ancient book ‘Charak Samhita’our immunity system fluctuates with the changing weather which is currently being witnessed, as the weather is shifting from spring to summer. This happens as our body undergoes an adaptation process thereby making it vulnerable to attacks by pathogens & viruses. One needs to guard against these in the current weather change. Guru Manish offers a solution encapsulated in Ayurveda to ward off viruses in this phase.

Guru Manish elucidates that according to Rishi Charak, “During this period of ‘seasonal change’ also called ‘Sandhikaal’, as per Ayurveda, we should do fasting for 1-2 days, which will help the body rejuvenate, increase its immunity & also detoxify it. An ancient principle ‘langhan param aushadham’ which means ‘fasting is the best medicine’ & ‘shuddhi param aushadhi’ or ‘body detoxification is the best medicine’  are categorically mentioned in our ancient texts, which are supreme natural medicines which prevent as well as cure diseases.”

Guru Manish underlined that the COVID era has established immunity boosting and even curative qualities of Ayurveda and now is the time to follow some Ayurveda medicinal protocols to counter COVID 19. He informed that ayush kadha, Giloy and gargling with lukewarm turmeric water, etc have been approved by the government and these can be taken under guidance of Ayurveda practitioners.

Guru Manish further said, “Shuddhi Ayurveda has created after intense research a path breaking combo which helps in developing immunity. In the combo we have included three medicines.” 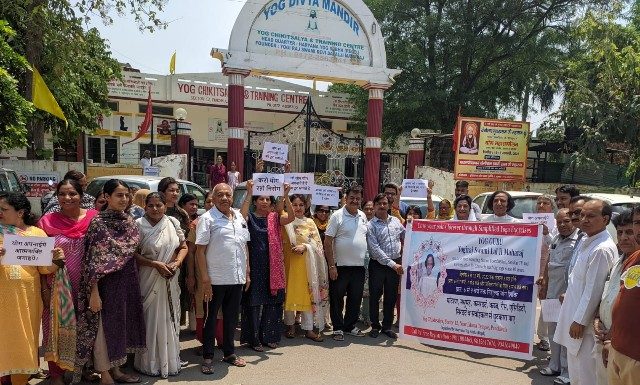 CM Captain Amrinder Singh promised to give an amount equal to total cash...

SMILE DENTAL CLINIC COMPLETED 20 YEARS OF SERVICES TO THE SOCIETY