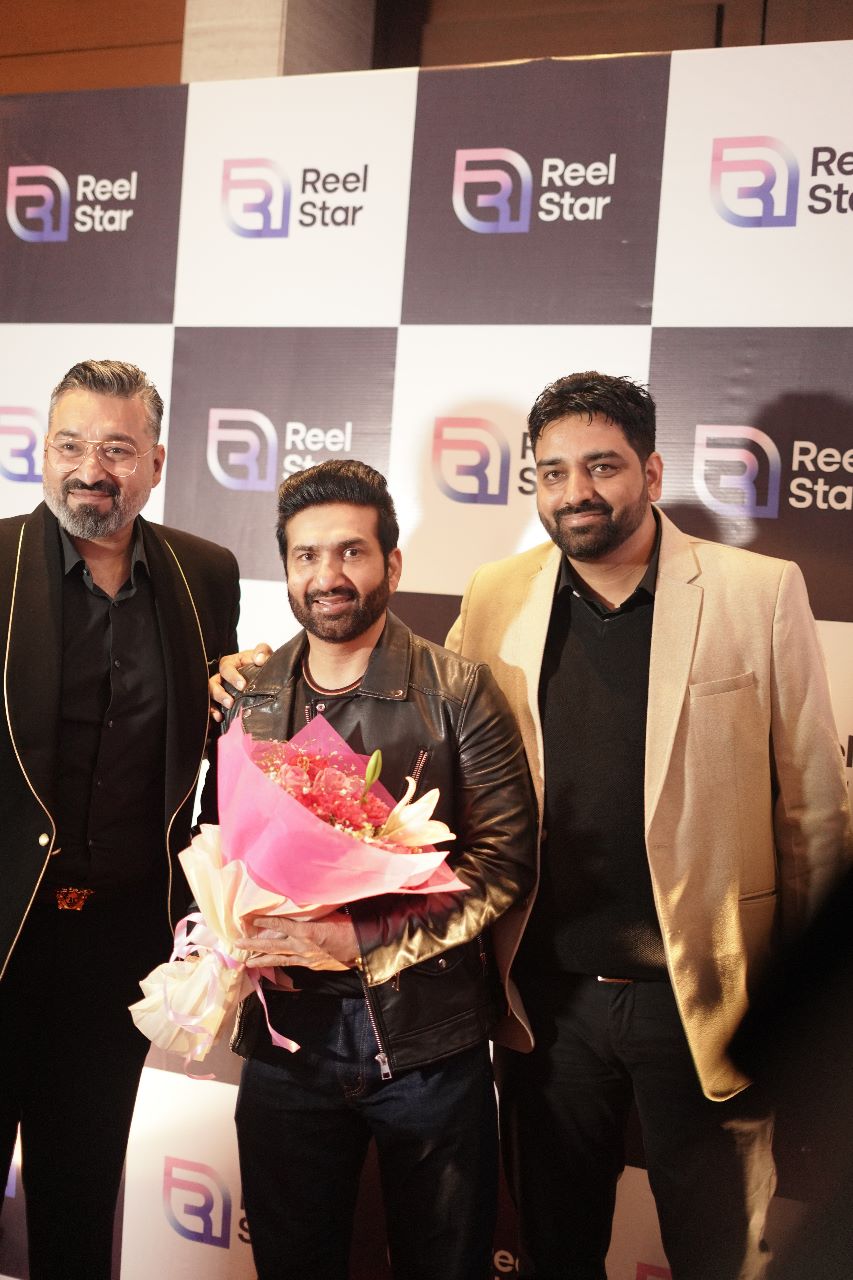 ReelStar organized a Gala night to announce their upcoming ‘everything’ app at Hyatt Regency in Chandigarh today. The gala night aimed at creating awareness about the novel concept of interconnecting a community of creators, artists and engagers with equal access and opportunity for everyone by leveraging Web3 and future technologies to enhance creativity which benefits all.

Senior officials from Speed Record were present at the event like Mr. Dinesh and movie maker Munish Sahni. The gala night also saw many celebrities walking the red carpet, some of the celebrities that attended the event were, singer Sukhwinder Singh, actor Debi Maksoospuri, Diljot, Preet Harpal, Satwinder Satti, Alfaaz, director Amit Parashar and many more! The star-studded event was aimed at bringing artists and creators in the same room to educate them about the app which will benefit them as artists, creators, and engagers alike. An NFT Marketplace which will help convert any kind of content into NFTs with an opportunity for trading.

Speaking on the occasion Navdeep Sharma, Co-Founder, ReelStar, said, “ReelStar is designed to be a community-focused, global, social media app which empowers users to create, share and trade content with a worldwide audience. It’s the first decentralized smartphone-compatible, multi-blockchain and Web3 integrated “everything app” with the functionality of live streaming, video sharing, secure peer-to-peer chat, audio/ video calling, NFT minting, NFT marketplace and digital wallet. This app will help you convert your videos and photos into NFT with a single click, trade cryptos and NFT in the marketplace and earn ReelToken while watching ReelStar.”

Elated to speak about the upcoming app, Nick Bahl, Co-Founder, ReelStar, said, “This app is unique, first-of-its-kind, authentic, and future proof. ReelStar firmly believe in the global benefit of artistic expression and the many important roles the media and entertainment Industry (M&EI) plays universally, irrespective of country, language, social standing, or culture. Creativity, arts, and connecting with a community all provide a net benefit to the global community.” The extravagant gala night was also rocked by an electrifying performance by popular and versatile singer Jasbir Jassi and Punjabi singer, lyricist, and composer Bunty Bains. Bringing alive some of his best songs on stage including ‘Dil le gai kudi’, Jassi totally gripped the audience. Bunty Bains and Debi Maksoospuri concluded the event with his scintillating performance.

It’s time for Resurgence 2023 with SOCIAL