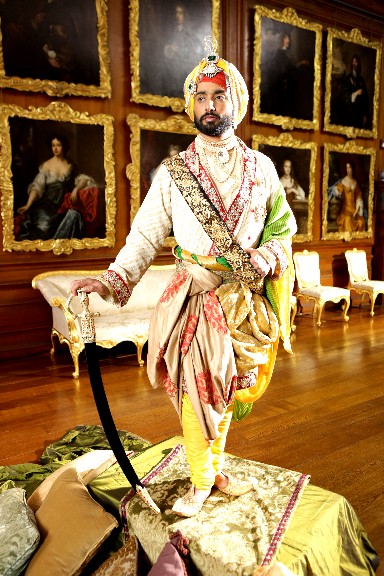 Both the movies have framed the historical pages of Punjab, Shiromani Gurdwara Parbandhak Committee (SGPC) gives support to one. The decision is contradict to the executive producer of The Black Prince, Jasjeet Singh. Respecting the SGPC’s decision, the executive producer raised a question of being bias. “Both the movies are historical and Nanak Shah Fakir has undergone various issues in 2015 before its release whereas The Black Prince remained a blockbuster hit worldwide, when released in the UK. My simple question is to know on what basis this decision has been made.” Executive Producer
Portraying the story of the movie, Nanak Shah Fakir, where it is drawing the ire of Sikh world, he further added, “The movie has illustration of Sikh masters and is not acceptable in any form, then how SGPC can favor it. Guru Nanak is a Guru, not Fakir”.
The movie is all set to release on 13 April 2018. SGPC has vetted the film after the modifications in it. On the other hand, the movie, The Black Prince is a personal account of Maharaja Duleep Singh’s great struggle throughout his life. The story needs to be known by Punjab, but SGPC discarded its release. Ex-president Bhai Kirpal Singh Badungar refused to support the movie by saying that the movie has distorted history.
However, contradicting the refusal, Jasjeet Singh further said, “Akali Dal’s President Mr. Sukhbir Singh Badal, his wife Bibi Harsimrat Kaur and Mr GK Singh, DGPC watched the film and gave positive views. I don’t understand why a major support is not given to the movie. The story of a king who had given sacrifices for his world is not able to get the place digitally is a big traumatic thing to think upon. My aim for raising questions is not seeking of a support from SGPC, but to ask for adopting a proper procedure to support such ancient framed stories, which should not be based on recommendations.”
“The Black Prince” was released in UK in 2017 under Unigliobe Entertainment. Produced by the Firdaus Productions and Brillstein Entertainment Partners, the movie in India with the SAGA partnership was handling the Punjabi and Hindi release. Not only this, the cast was having all plan to hit digital platforms like Amazon, ITunes, Google Play, Fandango Now, Sony Playstation and Microsoft Xbox. Even Unigloble Entertainment President, Namrata Singh Gujral was excited to release it on Vaisakhi eve.
But, with the ban on release of the movie by the SGPC, the schedules might be revised.

India is a youth nation of rich culture and development: Justice...