This song is sung by Tarsem Jassar and the lyrics have been written by him only. Desi Crew has composed the music of the song. It is a heart-touching melody that has different shades of love. Love is dreamy and a happy feeling which is aptly depicted in the video of the song.

’Shokeen’ is a romantic number where the lead pair of the film is spending some quality time together on beautiful locations. The trailer and ‘Jattan De Munde’ track had already received immense praise and had created ripples of curiosity amongst the audience. Now, this song which has love written all over it will definitely add up to the whole excitement for ‘Rabb Da Radio 2’.

The film stars Tarsem Jassar, Simi Chahal in lead roles. Along with them, film will star BN Sharma, Avtar Gill, Nirmal Rishi, Jagjeet Sandhu, Harby Sangha, Gurpreet Bhangu, Shivandra Mahal, Sunita Dhir, Tania, and Baljinder Kaur will play pivotal roles. Manpreet Johal in association with Ashu Munish Sahni has produced the film under Vehli Janta films and Omjee group banner respectively. This film is directed by Sharan Art. Jass Grewal has written the story of the film. The music of the film will be released under Vehli Janta Records label.
‘Shokeen’ released on the official YouTube channel of Vehli Janta Records and the film ‘Rabb Da Radio 2’ is set to release on March 29, 2019.

‘More than 80% patients with mental disorders are still not seeking...

The dangers of eating too much restaurant food 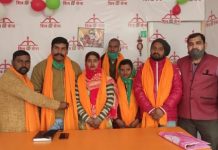 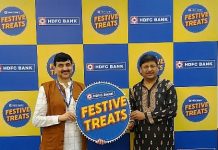 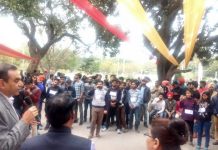