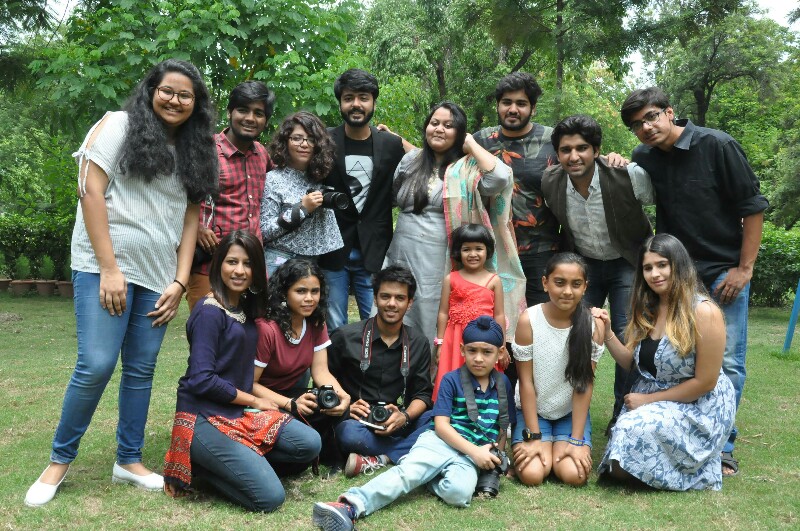 Tricity & Mumbai students have Co-Created films for the Miami Film Festival — Grandindiewise Convention. The Film Festival is one of the world’s most important  fests for parallel cinema  & will now not only have veteran filmmakers from all over the world but also “student filmmakers” from Chandigarh, Mohali & Mumbai. The Convention is an “Entry by Invite Only” festival for Filmmakers & Industry Professionals from 120+ Countries. Purple People’s Labs(PPL) India’s largest producer of “films made by kids”, with 200 short films produced in 5 years that have been screened across 37 International Film Festivals, is invited as India’s largest producer of films BY KIDS. It also happens to be the only production house from India which will be screening films in Miami. What’s more, Purple People Labs is the youngest crew of filmmakers participating and travelling to Miami.

“Over 20 films from PPL qualified for nomination from which 7 best films will be screened at the Miami Festival. Students from Tricity and Mumbai have co-created all these films that have been produced by Purple People Labs. The films will premiere at Miami between 24 to 27 August 2017.” said Shweta Parakh, Founder & CEO, Purple People’s Labs.

The students will not only screen their films amongst 300+ films being screened at the AMC Aventura Theatre, but will also produce a documentary film about the event. PPL Crew will interview filmmakers from world over on the festival’s BLUE CARPET as the official “Kids’ Press”!

The first short film made by kids that reached the International circuit under the PPL banner was “BETI”, a film on girl child education. This time yet another short film with a strong global message has been rolled out by the kids’ crew- The Photograph. The film is based on an emotion behind an award winning photograph clicked by a war journalist, where a little girl surrendered herself by raising her hands mistaking the photographer’s camera to be a gun! The films throws light on a very sensitive situation faced by children in war nations.

Shivain Arora from PU, Chandigarh is the Cinematographer of the film, Post Production has been done by Rhea Sharma, of Banyan Tree School, Chandigarh, Smyra Grover(4 yrs) from Little flower, Panchkula has acted in it. Omkar Shitole, from  KC College- Mumbai has directed IT and Shirish Waghmare from Ramesh Sippy Academy of Cinema and Entertainment is handling all post works.All of these young filmmakers along with Brinda Thamman,  10 yrs, St. Kabir Public School, Chandigarh— Jai, Kunwar(6 years), Grade 1, Shemrock School- Mohali, Pawan Taneja, KC College- Mumbai interacted with media.

“After my first short film-Beti, I realized that my voice can actually reach out to the world through films. I loved the concept of “The Photograph” and as a law student I would always want to stand up for the larger good of humanity”. Said Shivain .

“I had a great time working in Chandigarh with the kids crew, it’s my first time here. The entire idea of our work being seen by filmmakers from all over the world is exciting as a learning experience” said Omkar Shitole from  KC College- Mumbai.

“I am really excited to meet Filmmakers from all over the world, we are gonna