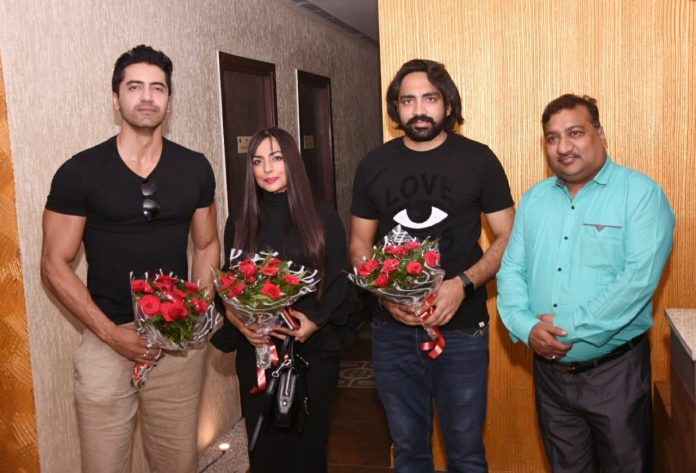 Being completely free during the lockdown, had no clue as what to do in my spare time. I didn’t like sitting idle. though I liked films a lot ,so I thought why not write a film. This is just the small story that you will soon see on the big screen , said scriptwriter and actress Rajneet Drall. You will see this story of Rajneet Drall in the movie Kala Shehar. In which Rajneet is with Rocky Mental fame Karanvir Khullar. Rajneet Drall and Karanvir Khullar visited own Spa in Manimajra, Chandigarh on Friday.

Talking to the media after inaugurating Own Spa, Rajneet Drall said that she was fond of poetry since childhood. She worked in Tigmanshu Dhulia’s movie Raag Dresh. She said that the story of the movie Kala Shehar gives a strong message against drugs. Rajneet said that there was a lot of challenge while making the film due to Covid, but the director of the film and his sister Navneet directed it very brilliantly.

On this occasion, Karanvir Khullar said that he started with Rocky Mental. He is originally from Chandigarh and is associated with theatre. When the script of this film was disclosed to him, he liked it very much. Karanvir said that the cast of this film worked for 18 -18 hours and the movie was shot in just twenty days. Karanvir said that the KALA SHEHAR gives a good message. Which everyone would love to see. On this occasion, Karanvir Khullar and Rajneet Drall expressed immense happiness about the services of Own Spa. When they came to know that Own Spa is soon planning to start its home service for the elderly too, both of them said that there are actually many elderly people in the tricity who are suffering from knee pain and various ailments. The problem for them is that they can’t go anywhere. In this case, this service will be very beneficial. Rajneet Drall said that spa has become an essential part of today’s hectic life. Good spas in the tricity are quite limited. 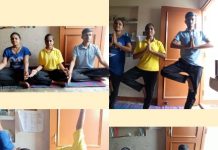 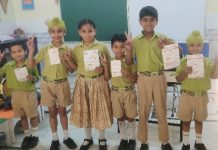 GianJyotians Get Vaccinated Against Measles & Rubella 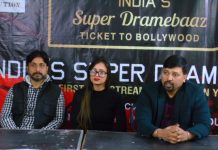 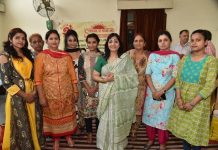