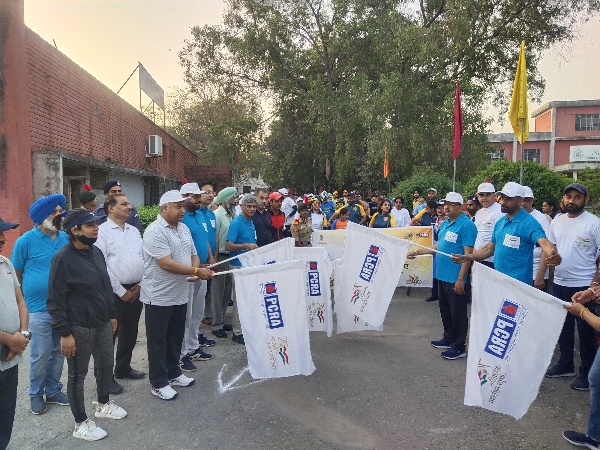 PCRA organized CYCLOTHON in Patiala to commemorate 75 years of progressive Independent India being celebrated as ‘Azadi Ka Amrit Mahotsav’ across the country.

The Cycle rally was flagged off early in the morning from Multani Mal Modi College located in the heart of the city by Chander Gaind, IAS, Divisional Commissioner, Patiala, in the presence of Sanjeev Kumar Verma, Additional Director-PCRA Chandigarh; Sanjeev Sharma (Bittu), Mayor Patiala; Ajay Pal Singh, DSP Investigation, Patiala; Dr Kulvinder Kumar, Principal of the College and other dignitaries. Before the flag-off ceremonial bunch of colourful balloons were released in the air by the dignitaries.

The cyclists went through important landmarks of Patiala viz. Upper and Lower Mall and covered a total distance of 5 km. More than 330 youth participated in the cycle rally. The cyclists carried playcards with messages on conservation of energy specifically fossil fuels.

A ‘Nukkad Natak’ was also organized at the venue in which PCRA’s fuel and gas conservation tips were shared with the audience. The play was appreciated with a round of applause.
AICMA was represented at the venue by Avon Cycles. They put a stall and also distributed T-shirts to participants.
Several students joined the cycle rally wearing NCC uniform.  Volunteers of NSS, Scouts and Guide were positioned at all important locations on the route with posters and playcards to guide the cyclists. 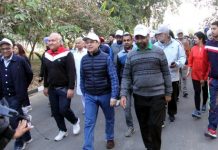 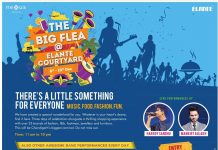 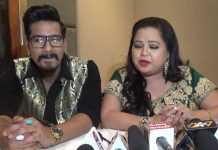 Bharti and her Fiance Harsh Limbhachiya in Chandigarh for Nach Baliye... 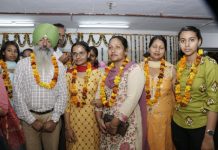 Strictest action would be initiated against those trying to misled students:...