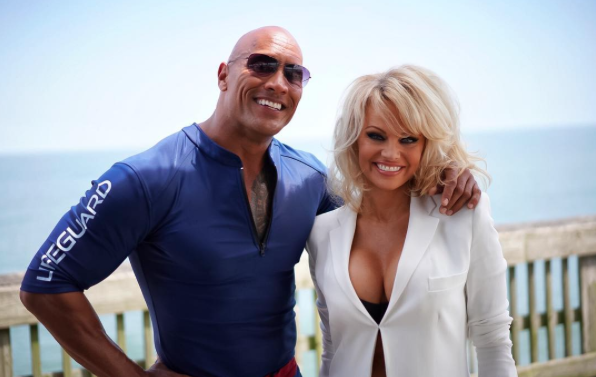 Chandigarh
12 May 2017
Kulbir singh kalsi
Pamela Anderson , who shot to fame in her iconic red swimsuit as she played lifeguard CJ Parker on the hit tv show Baywatch , is back as she makes a special appearance in the film based on the television series.
The stunning model-actress will feature in a special cameo in Baywatch headlined by Dwayne Johnson, Zac Efron and Priyanka Chopra.
Priyanka Chopra who was recently on the Jimmy Kimmel show, confirmed the news and also confirmed that David Hasselhoff from the original series will also feature in a special appearance.

The Rock aka Dwayne Johnson earlier teased fans on a popular microblogging site ,posting an image of David Hasselhoff and Pamela Anderson from the Baywatch series which read , “#Baywatch doesn’t exist without these two icons. Aaaand they may or may not show up in our movie. I don’t know, just sayin’. #CJ #Mitch”.​

Justice for Asifa demanded during a rally at the White House