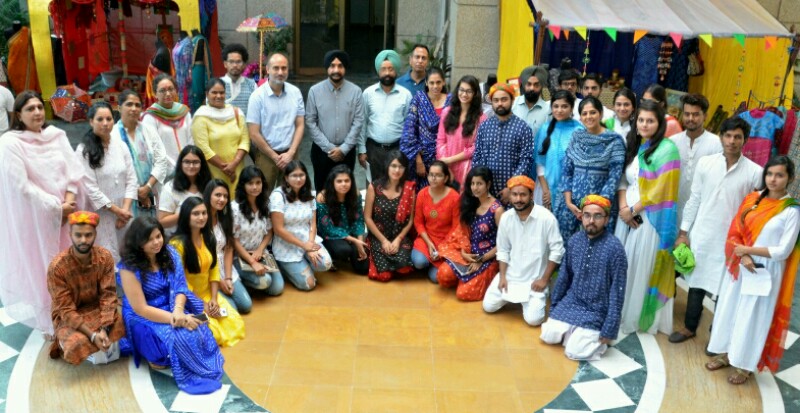 This summer , an annual exhibition created and produced by students from the Textile Design Department. The survey enabled the students to interact with the craftsmen in their habitat and get firsthand knowledge of various arts and crafts.

This year the state under study was- Rajasthan. The crafts covered by students were full of beautiful inspirations and ideas. Every group was distinctive in its own way. Each group has canvassed various crafts such as prints, inlay work, blue pottery, lac jewellery, puppet craft and many more. The groups were- RAJWADA – THE KINGDOM AWAITS, SIKAN KE SHAHKAR, GULABI, JAROKHA, RANGRAJNE, RAJRANG, PADHARO SA

The various crafts covered by the groups were Lac Jewellery,Rugs,Leheriya,Bandhini, Blue Pottery etc.

Speaking on the occasion, Sh D.P Kharbanda,Director General, NIIFT said, “NIIFT has lot of potential for meeting the demands of the industry as it has a strong faculty support and the institute will provide all the help to students for opening their own ventures in future.”

The craft documentation ended with the vote of thanks to the Director General for encouraging the students in all aspects.