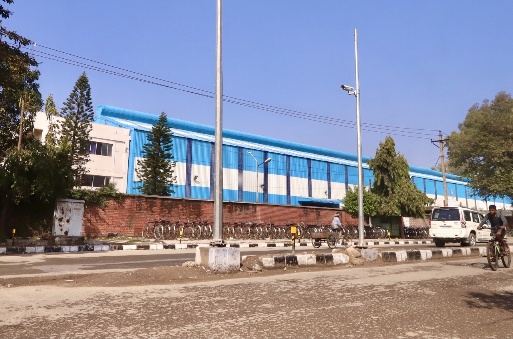 From being one of India’s wealthiest and fastest-growing states to the painful journey of a debt ridden economy. Punjab today stares at a grim situation with unemployed youth and wastage of human resources. Unemployment is one of the major issues in Punjab and most of the youth wants to go abroad to earn a better livelihood.

Giving free sops to voters as a part of the political manifestos might not be the answer but creating opportunities by setting up the right Industrial environment and Infrastructure will give a boost to jobs and economy of Punjab. Economists are of the view that the ‘Make in India’ campaign is quite successful in other states like Gujarat, Odisha, Maharashtra and Haryana but Punjab is still to fully exploit its potential in this area.  Experts say that Punjabis are hardworking and enterprising, and that they have a natural flair for entrepreneurship, they just need the right environment to flourish.

“The development of areas like the Banur-Tepla Road (BTR), a promising industrial belt near Chandigarh, as a viable economic centre assumes significance as it will set a new trend in the real estate industry and ensures to be a major boost to the economy plus other stakeholders. There is a huge potential for attracting more investments for newer industries and thus creating a number of employment opportunities for local youth in Punjab,” said Neeraj Kansal, Director Royale Estate Group.

Experts foresee increasing employment opportunities in Punjab with establishment of state -of-the-art and upgraded industrial parks providing plug and play facilities. “These will be a boon for Punjab’s economy which is grappling with growth and sustenance issues,” said Piyush Kansal, a  young Director at Royale Estate Group.

Ashish Mittal, Director at Royale Estate Group added, “The international standard industrial zones being promulgated are the need of the hour and once established these will make Punjab an economic destination of north India. At the moment infrastructure development is of paramount importance as without this all measures by the government like giving tax holidays, sops and other incentives will be meaningless.”

‘Invest Punjab’ if implemented well will act as a unique platform which will aim at attracting and facilitating investments into the state. Under ‘Invest Punjab’ a lot of attention is being paid to creating world class industrial infrastructure so that local talent can be retained in the state. This in turn will also create the required skill sets through on the job training programmes.

Many real estate players however, shy away from developing industrial parks as they find housing as a more lucrative option. There is hope as some prominent regional real estate players have taken up the cause under social responsibility and making a difference by  acting as catalysts in adding a new dimension to Punjab’s economic profile by entering this Greenfield area of state-of-the-art industrial parks’ development. Sources tell us that Royale Estate Group is already creating a blueprint and vision document for the industrial growth of the region.

A multitude of job opportunities and a much needed boost to ‘sustainable development of Punjab’ is the need of the hour and is also in the offing as under the Government of Punjab’s  ‘Invest Punjab’ initiative a major push is being given to establishment of state-of-the-art industrial zones in the state. These are slated to bring in ‘ease of doing business’, and this will open a plethora of opportunities for investors. The setting up of a congenial and robust environment for industries be it service, manufacturing or even start-ups is also aimed at reversing the trend of young Punjabis’ migrating abroad by providing greener pastures to them  in Punjab itself.

Established in 1995 and known as one of the leading and ‘responsible’ real estate developer of the region, Royal Estate Group has developed projects on 100 per cent registered land. It is noteworthy to mention that as many as 21 projects have already been delivered around Chandigarh  by the Group and is also credited with developing the first Group Housing concept in Punjab. A zero debt company, proactively providing infrastructure and environment for partners to enhance their productivity and profitability. Royale Estate Group has good plans and strongly supports the development on the NH 205A, the Banur – Tepla road (BTR) as a futuristic vision of making Punjab a sound economic hub with extensive benefits through its upcoming projects.

The right kind of industrial infrastructure, will ignite potential investors and corporate houses to pump in funds, giving a colossal fillip to the ‘Make in India Campaign’.