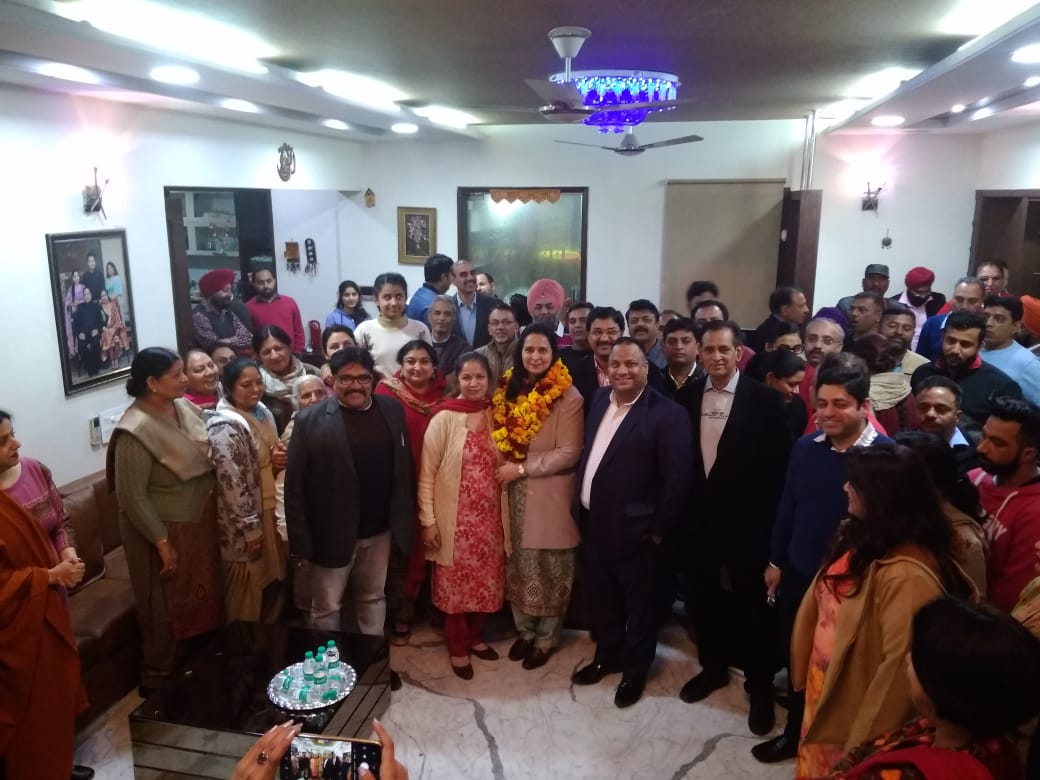 Chandigarh
19 February 2019
DIVYA AZAD
Dr Navjot Kaur Sidhu, the Congress ticket aspirant from Chandigarh Lok Sabha seat, intensified her public meetings in the City on the occasion of Guru Ravidas Jayanti today.
Dr Sidhu visited Guru Ravidas Gurudwara in Dhanas and another Gurudwara in Milk Colony, and talked to the locals gathered at both the places in huge numbers.
The gynecologist-turned-politician, Sidhu was honoured with a Saropa at the Milk Colony Gurudwara.
Later in the day, the former MLA from Amritsar East area, Dr Sidhu visited the house of a local party worker in Sarangpur, where she was felicitated. The last destination was Mr Subhash Sharma’s house in Sector 35.