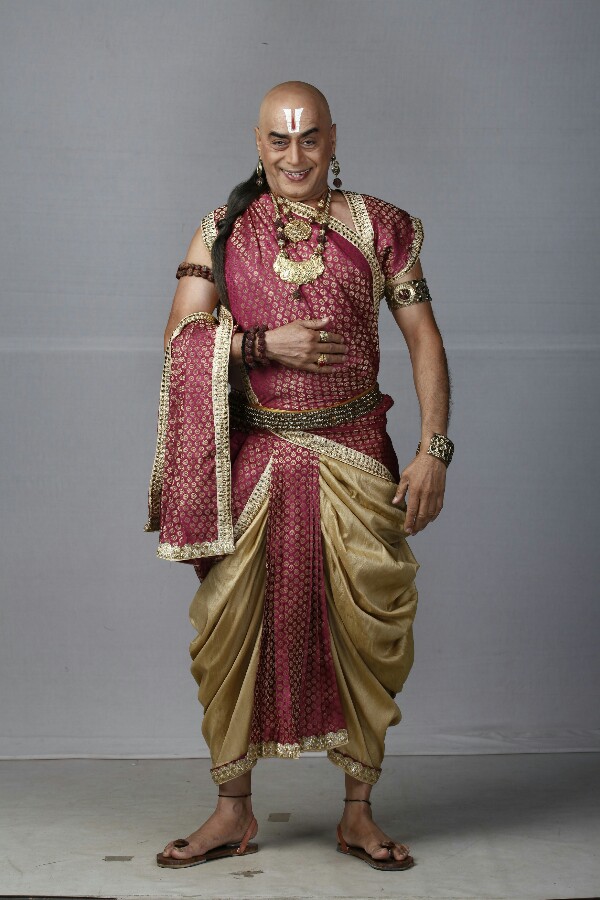 Have you done Folklore series before?

I have done Mahabharat before. Recently I did Peshwa Bajirao. I have done historic shows before but Tenali Rama is the first folklore series of my life.

Why did you choose Tenali Rama?

We have seen you on Television, Theatre and Bollywood. Which industry do enhances you as an actor?

Honestly, as an actor we have to play a characterrather than look for a medium. The only difference is technicalities otherwise rest all remains same. And speaking in terms of acting, films will go into minute details of acting whereas television industry needs loud reaction. So all medium needs their own skills.

How will you describe your relation with Tenali Rama?

My equation with Tenali is exactly of what an antagonist and protagonist of the show needs to have. When Tenali tries to solve problem and Tattacharaya brings all kind of hurdles in his way. Tenali’s only enemy in the show is Tattacharya. It’s kind of a Tom and Jerry relationship.

How does comedy come to you?

Comedy is a very tough job as an actor. To make people laugh is a difficult job. However, the major efforts comes from writer and actor’s job is to work on timing with co-actor and then get that energy out.

We have seen you in a lot of negative character, why?