Sony SAB’s Tenali Rama is rising high on popularity with each episode. The show which recently completed 100th episode is gearing up for interesting stories in the coming week. Pandit Rama Krishna who has been dealing with various difficulties and solving the problems with wit and humor will now have to identify the real king. King Krishnadevraya will meet his doppelganger who will claim to be the real king.

In the forthcoming episode, King Krishnadevraya attends the Darbar to address everyone and soon an Adivasi who looks exactly like King Krishnadevraya enters the Darbar claiming to be the king. Everyone is shocked and suprised looking at both King and Adivasi. On one hand, Adivasi claims that he is the king and the one sitting on the throne is the lookalike. On the other, the King on the throne claims he is the real Krishnadevraya. This leaves both Tenali and Tattacharya confused. Both Krishnadevraya and Adivasi charge at each other, when Tenali comes in between and stops them. He suggests that no one will sit on the throne till the time they decide who is the real king. Tenali and Tatacharya asks both of them separate questions which only the real King can answer. Unfortunately, both of them answers the questions correctly. This creates more confusion amongst the people present in darbar.

Who is the real king? Will Rama be able to find the real Krishnadevraya?

Manav Gohil who is excited to be seen in an Adivasi look says, “It’s always fun to play multiple roles. I like to try every kind of role and this time it’s an Adivasi look. Though it’s very straining to keep the get up for entire day and to manage the wig along with the beard. But as an actor I take it as a perk in my profession.”

To know who the real king is, stay tuned to Tenali Rama, Monday – Friday at 8pm only on Sony SAB!

‘Boris – The Last Qahn Alive’ is an amazing new book... 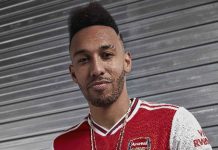 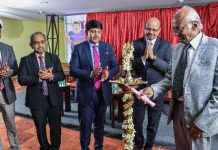 VS Hospitals and Asian Bariatrics to establish Center for Bariatric &... 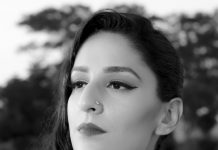 A dwarf creates trouble in Rama’s life in Tenali Rama