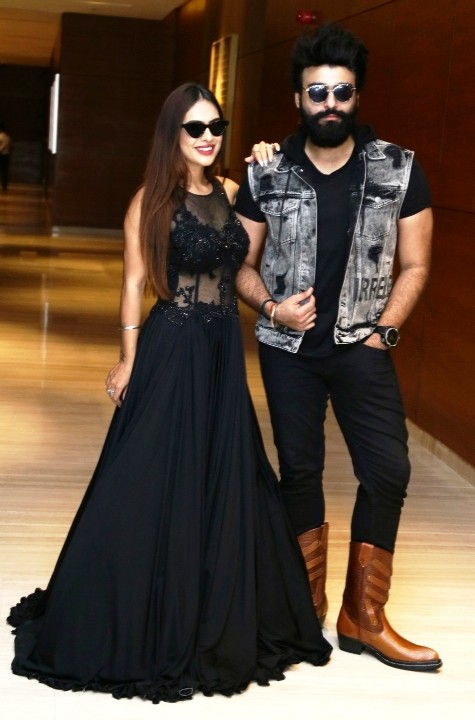 Year 2020 is going to be very busy for Punjabi industry as the beginning of a
new day starts with an announcement of the new film. Well, definitely it is
good news for Punjabi film lovers. Today, on the auspicious day of Ganpati
Ji, Kapil Batra Productions & Mahakaleshwar Motion Pictures Pvt Ltd
had announced their upcoming venture “Gandhi Phir Aa Gaya”. Kapil Batra, the producer of the film is a person instrumental in giving new shape to the Punjabi Film industry. If we just go back few years before 2010, the structure of Punjabi films was altogether different, but with the release and success of films like Mel Karade Rabba, Jine Mera Zdil Luteya, Yaar Anmulle, changed the entire scenario. Also, these films introduced today’s existing superstars.

The film is starring Aarya Babber and Neha Malik in the lead roles and along with them Tinu Verma who is an Indian film actor, story writer and producer and action director known for his works in Hindi cinemas.

Currently, Tinu Verma is seen on the Colors TV mega serial Karmaphal Data Shani, playing the role of Daitya Guru Shukracharya and Veer Sahu is Famous Singer Actor and Writer. He is a very popular artist in North India .

He is born in Madanheri village of Haryana. He is very popular in Haryana, Punjab & NCR. He was born in a farmer’s family home, he always works to promote his culture. His mother tongue is Haryanvi. He is Known For Khalnayak(2018), Rashook Aala Jaat (2017), Yaar Landlord(2017) and
Thaddi Baddi (2016).

Addressing the media, Kapil Batra said “Whenever we had made a project,
we had always tried to do something fresh in the industry. Mahakalashwer films and Sh. Manoj Sethi have joined this project with us as producers, and we will try to release this film in 2019. We are in search of a fresh face opposite to Aarya
Babber, for female lead. Aarya Babber is a very powerful actor and this power role requires someone like him. Neha Malik is the is the dream girl of Pollywood who is adored by many. This time Neha Malik is coming in totally different avatar which will make her fans proud”.

Aarya Babber said, “Well definitely I had seen the previous works of this production company. Kapil Batra is brand with huge projects and when Kapil Batra himself is there with you, I don’t think if any second thought will even come on my mind. This film is coming up with a new concept which will not disappoint you at any cost”.
The director of the film Kinder Singh said, “The film is based on a revenge story where Aarya Babber and Neha Malik are brother sister and both of them are leading the film. The whole team for the film is very
cooperative as I know all of them personally. Neha Malik had recently concluded the shooting of her upcoming Punjabi film, Musafir.

Therefore, she had gained a lot of experience from there. Also, Arya is a
very humble human being. I don’t think any artist of the film will disappoint the audience.”

To conclude, Neha Malik said “I am happy to be the part of back to back two films, I have tried to put all my hard work in the previous film and this time, I will multiply my hard-work twice to do the best”.
“The film shooting of the film will go in full swing and we will try our level best to release this film in 2019”, Kapil Batra added. The film is produced by Kapil Batra and Manju Gautam and is co-produced by Akash Gautam. Suraj Gautam, Manoj Sethi and Kinder Singh.