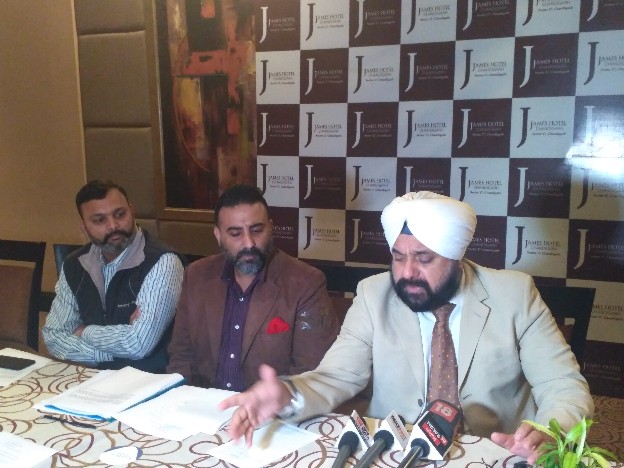 Promoters of jeans Hotel approached the honorable High Court by filing writ petition challenging the constitutional validity of the insolvency and bankruptcy code 2016 and ordinance of 2017 and the proceedings before NCLT. The victim did not even have an opportunity to defend his case before the adjudicating authority that is nothing but giving direct punishment the to promoters came from London with their lifetime earnings and invested in the project later they were forced to sell their ancestral property also. Now the value of property is 800 crores. where as the liability is only 90 crores. This is the peculiar case where the value of property is more than 5 times then the liability and banks are proposing this property for liquidation.
Considering the same the honorable high court granted are released by restraining the NCLT to pass any final orders. Owner of James plaza H.S. Arora gave details during a press conference.

City to host Punjab Half Marathon on Sept 29