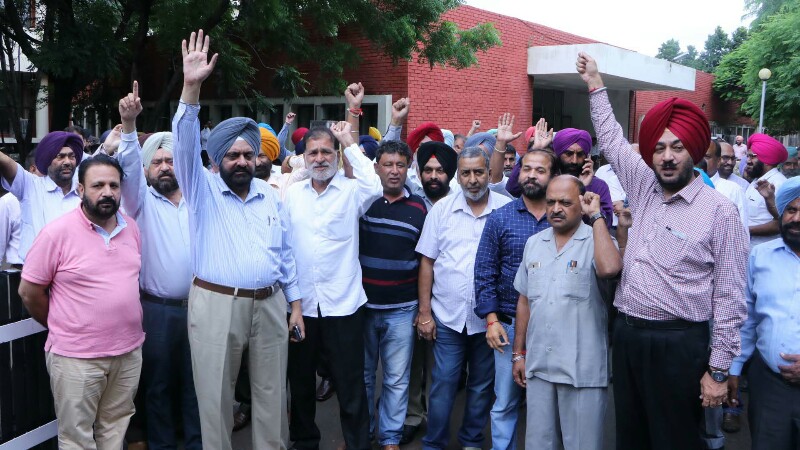 The Joint Action Committee (JAC) of the Punjab Irrigation Engineers, under the leadership of JAC president, Baljinder Pal Singh, took out a protest rally against the lackluster attitude of the Punjab Government and the highhandedness of the State Vigilance Bureau.

The protest was attended by hundreds of engineers. A meeting of the office bearers of the JAC was also held at the new building of the department. Mr Rashpal Singh Buttar, general secretary and Mr Rupinder Pal Singh, senior vice president issued a joint statement, saying that various meetings have been held with the state government to end the witch-hunt unleashed by the Vigilance Bureau against irrigation engineers, but no solution has been provided so far. The state government has also been warned of a state wide agitation.

It was informed that the State Government has failed to keep its promises and no action has been taken to curtail the Vigilance Bureau.  The JAC warned the government of the consequence of the proposed mass agitation and alerted that the state government will be responsible for the losses whatsoever.