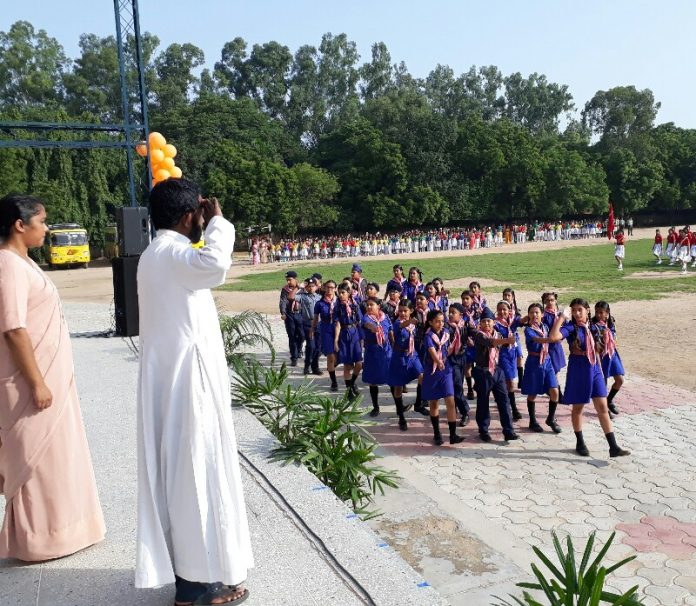 The management, staff and the students of St. Anne’s Convent school, Sector 32C,Chandigarh gathered to celebrate the 71st Independence Day with zeal and spirit befitting the occasion. The School Manager, Father James Gin the Chief Guest of the day along with the school band was escorted by Sr. Shibi Job the Vice-Principal and teachers of the school.

To commemorate the sovereignty of our nation, the chief guest unfurled the tricolor flag and all in unison sang the national anthem and expressed the joy of freedom. A well synchronized march past began with the school captain and vice- captain leading in front. Each house was represented by its captain and vice captain. Engrossing the principles of duty to God, duty towards the Nation and at last duty to self, the school scouts and guides too joined in.

The programme began with the national song “Vande Mataram”. The highlight of the programme was the enactment of a skit by the students of the class VIII depicting various social issues like poverty, gender discrimination, health& nutrition, drug abuse, bribery & corruption in sports in India. They questioned all Indians whether we are free in true terms or we are still chained in some social evil.  It urged today’s generation to value the freedom we have secured after the sacrifices of many. To keep alive the flame of patriotism the school choir rendered the patriotic song “aye mere watan ke logo “that awakened everyone’s feelings towards our motherland. This was followed by a patriotic dance. 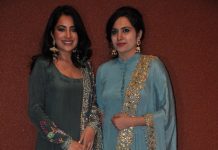 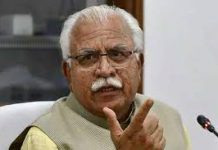 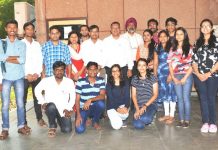 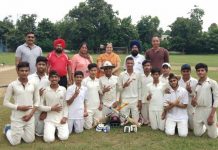