Partaking in the victory of the farmers and the repeal of the three contentious farm laws, the young filmmakers at Tranza Studios, a cinema production company based in Chandigarh, have released a video for the legendary singer Kanwar Grewal’s new song “Aien Kiwen Khoh Launge Zameena Sadian” under Rubai Music label.

The song and the film celebrate the undeterred resistance of the farmers in the face of the farm laws. The protests that had begun last year in November against the passing of the three contentious laws reached their culmination in November 2021 when the announcement to repeal them was made by Prime Minister Narendra Modi. The song is a byproduct of the triumph of the strength that the farmers exemplified for over a year, and is also a tribute to the lives lost during the protest.

Thrilled at working with Kanwar Grewal, the famous Punjabi singer, Director of the video Piyush Singla said, “I couldn’t be happier to be a part of Kanwar Grewal’s song celebrating Farmers’ protest in my debut directorial project. We had an amazing time shooting for the song with Navdeep and Kanwar Paaji, as well as the farmers at Singhu border. The song has been made with a lot of honesty by the entire team and the high-octane energy can be felt on screen as well. I am sincerely grateful to have got this opportunity to work with such an esteemed team.”

Angad Singh, Director of Photography, said, “The Video was a run-and-gun project since we were very short on time. We tried our best and timed the release of this video perfectly with the announcement of the farm laws being repealed. We had hoped to do justice to the song by capturing the honest, raw emotions of our farmers, and their utmost sincerity towards the cause helped us record it effortlessly.”

Aaryaman Pratap, Creative Director of the video, said, “We had been pondering over the idea of showcasing the struggles, emotions and efforts of our farmers sitting at the border in the best way possible since a long time, and when the opportunity presented itself to work with none other than Kanwar Grewal, who has been an active supporter and a part of the protest, we just had to step in. And what better way to celebrate the victory than through the emotional journey the song and video took us through.”

The journey of Tranza Studios has been a remarkable one. The homegrown film company has more than 40 projects under its belt, including Shorts, Documentaries, Features, Ad-films, as well as Music Videos. This new release aligns with the vision of the filmmakers of Tranza Studios of presenting the ground realities. Their earlier release “Pinds of Punjab” underlines issues of Substance Abuse and Caste-based Discrimination prevalent in present-day Punjab.

They are presently involved in making music advertisements for Crypto companies. They plan on entering the Punjabi Music Industry with new talents soon. 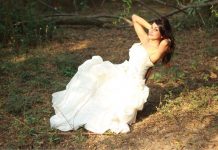 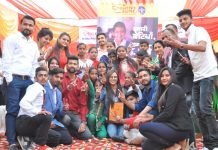 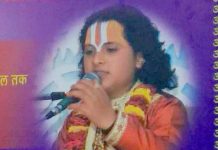 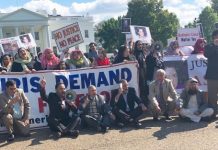 Justice for Asifa demanded during a rally at the White House