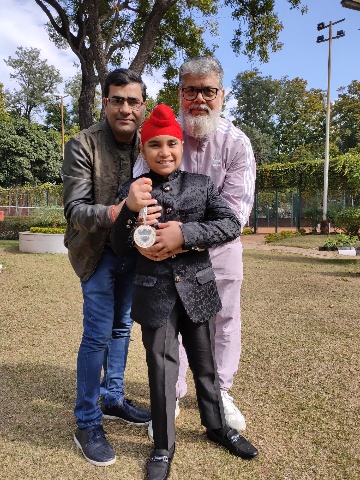 The National Film Awards are organised every year to facilitate the excellence of the movies of several languages of India. The films are shortlisted on the basis of several categories. The first ever Punjabi film which received this award was “Chaudhary Karnail Singh” in 1962. Released in 2018, Harjeeta was an inspiring film which boosted many youngsters of Punjab towards sports. Holding so many positive facts, the film today received the best film award in the ceremony of National Film Awards 2019. The moment had occurred after four years when earlier Diljit Dosanjh’s Punjab 1984 won this title and everyone related to the industry is celebrating it proudly.

Vijay Kumar Arora (Director) said, “Harjeeta has made my friends and family proud. Everyone has appreciated the film positively. Some films are not made for box office. Harjeeta is one of them which has won millions of hearts. I would definitely love to work on such projects in future also.”

Addressing the media, Producers said, “It’s proud moment for Punjabi cinema. The award has made everyone proud and has motivated many filmmakers to come up with such inspiring projects”.

“Harjeeta” a film based on the biopic of Harjeet Singh Tuli, the Indian hockey international champion who worked really hard to reach his goal was released on 18th May 2018. The film was directed by talented director Vijay Kumar Arora. The award ceremony was held at Vigyan Sabha Delhi. The award ceremony was guested by Hon. Vice President of India Venkaiah Nadu who presented the award to the maker of Harjeeta, Munish Sahni. Munish Sahni was present at the occasion along with director of the film Vijay Kumar Arora who too was facilitated with an award titled Rajat Kamal.