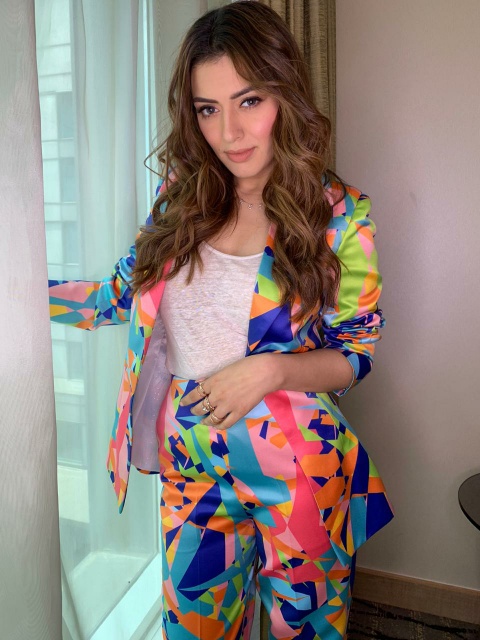 It is often said, actresses have a shorter career span as compared to male counterparts. However, there is one girl who has not just started her career as a child artist from a TV show and Hrithik Roshan starrer ‘Koi Mil Gaya’, but also debuted as main lead at the age of 16 opposite Himesh Reshammiya.  Hansika Motwani is breaking all the gender stereotypes.

After her debut she has appeared in many movies like 100, Villain, Bogan, Oh My Friend to just name a few.

After establishing herself as a well-known artist in Bollywood, Telugu, Kannada and Tamil industry, she is all set to debut in Punjabi industry with her back to back three Punjabi songs. Two of them have already been shot in the various locations in Punjab and Mumbai

First of them will be with Tony Kakkar directed by Satti Dhillon which will be released on Desi Music Factory’s YouTube channel on 8th February 2021. Secondly, B Praak, the lyrics of the song are written by Jaani and Arvindr Khaira has directed this. Apart from them, she is going to shoot a song with Rona Sikhade Fame Singer Miel, which will also be directed by Arvindr Khaira.

Apart from working, she has also adopted 31 girl childs.

Talking about her new innings, Hansika Motwani said, “Right now, the Punjabi music industry is not a regional industry anymore. People all over the world are listening to these songs despite not knowing the language completely. I was getting a lot of offers, for a long time. But when I heard all these songs, I knew this is the time. I am really excited to explore this market more. I hope people will love this avatar as they have always shown me.”

The releasing date of the songs will be revealed soon.

“Tera Yaar” New Punjabi Track is all set to Fling In!