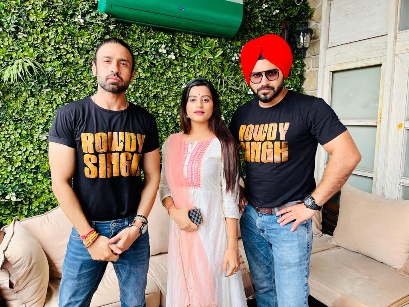 Actor Gaurav Kakkkar is all set to entertain the audience with his upcoming Action Packed Film Titled ‘ Rowdy Singh ‘. Gaurrav is introduced with a spectacular entry with some intense action sequences.  The film is all set to hit the big screens on 26 th August 2022, worldwide.

The trailer posits that the film is going to be packed with romance, sentiment, and action drama. Also, a few emotional sequences will leave the viewers touched. The movie promises to serve entertainment packed with strong human emotions. Gaurravs action avatar will be loved by the people as he promises to bring something new for his fans.

The movie has been written and directed by Alam Gahir, and has been produced by Ashwani Kumar and Tarun Kumar.  The film stars Gaurrav in the lead role, alongside very magnificent Ankita Saili.

Actor Gaurrav has not only worked hard in shooting this amazing film, but also followed a strict regime to maintain his fit physique.

Sharing views, Actor Gaurrav Kakkkarr said,“The movie has very a different storyline, with a different character. It offers a new concept, which will be very first time seen in the cinema.  All the members of the movie, right from the spot boys to lead actors, everyone has put the heart and soul into the movie.  I am hoping that my fans will like my movie,  give me a thumbs up, and garner the same love and support that they have bestowed upon me in the past.  Lastly, I would like to thank the entire cast and crew of the movie for being supportive and cooperative from the very beginning and till the last day.”