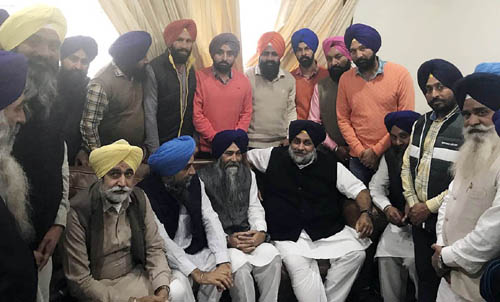 An anti-panthic group  purposely formed to challenge the SAD in the SGPC elections at the behest of anti – panth forces  received a big setback today with two of its SGPC members joining the SAD in the presence of SAD president Sukhbir Singh Badal. Two more SGPC members affiliated with AAP also came into the SAD fold today.

All four SGPC members met the SAD president here today and announced their resolve to work for the welfare of the Sikh panth under the leadership of the SAD. Mr Sukhbir Badal while welcoming all the SGPC members into the Akali fold, said their decision was indicative of the mood of Punjabis who were already fed up with the Congress and AAP parties and their stooges. “Their action has also sealed the fate of anti – panthic forces in the forthcoming election to the post of SGPC president”, he added.

Those who joined the SAD today included Baba Gurmeet Singh Tirlokewala Haryana and Indermohan Singh Lakhvirwala, both SGPC members who were earlier perceived to be in the  Sukdev Singh Bhaur group and Surjit Singh Garhi and Nirmal Singh Johlan of AAP who were also perceived to be supporting the Bhaur group in the forthcoming election to the post of SGPC president. Mr Badal thanked them for joining hands in the fight against anti- panthic and anti- Sikh forces. 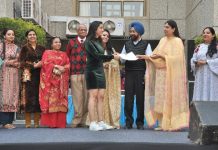 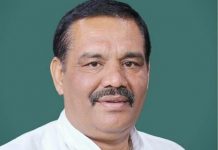 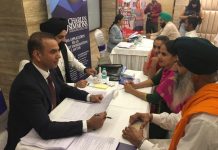 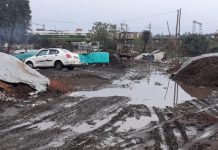 Why so called ‘Representative of Sikh Panth’ SAD is mum on...