On the first day of the three-day 44th annual Chandigarh Sangeet Sammelan, Dhanashree Ghaisas, a well-known singer of Hindustani music, performed leaving the audience spellbound. On the other hand, Hindustani classical music singer Omkar Dadarkar kept the audience captivated by his singing and got a lot of praise from the audience.

44th Annual Chandigarh Sangeet Sammelan which took off today, is a three-day music event being organised by Indian National Theatre in association with the Durga Das Foundation, which will conclude on November 13.

The music festival is being held in the auditorium of Strawberry Fields High School in Sector 26 here. Some outstanding young artistes from different parts of the country will be performing, informed Vinita Gupta, Indian National Theatre’s Secretary.

She commenced with a beautiful rendition Aali Ri Main To Hari’ bada Khayal in Raga Puriya Dhanashree set in vilambit teen taal. She continued her performance with bandish ‘Piya Jaa Re Ja’ in a dhrut ek taal composed by her guru Vidushi Ashwini Bhide Deshpande.

Along with Dhanashree Ghaisas, Paromita Mukherjee on harmonium and Vinod Lele on tabla rendered a wonderful performance.

Dhanashri Ghaisas who specializes in Hindustani Classical grew up listening to Hindustani music and developed a keen ear for the same. Her talent was identified and nurtured by her aunt Dr. Ashwini Bhide Deshpande – a stalwart of the Jaipur Atrauli Khayal Tradition; who accepted Dhanashri as her disciple. Under her tutelage, Dhanashri began her formal learning process and continues to imbibe the stylized aspects of the famed Hindustani Classical and Semi-Classical Vocal music tradition. In addition to her musical talent, Dhanashri has also obtained a professional degree in Architecture from University of Pune.

On the other hand, Maintaining the musical aura of Hindustani classical music singer Omkar Dadarkar started with Raga Jaijaiwanti. He presented the Vilambit Khayal ‘Lara Mai Saajan’ followed by Natwar Ban Ban in fast Teen Taal. He brought the magical evening to an end with a  composition in Raga Adana and a hymn composed in Raga Bhairavi.

Along with Omkar Dadarkar, Vinod Mishra on harmonium and Vinod Lele on tabla did well. 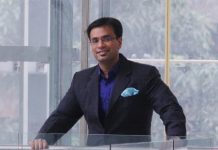 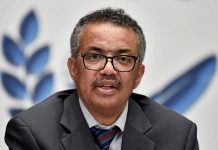 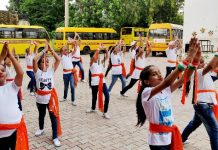