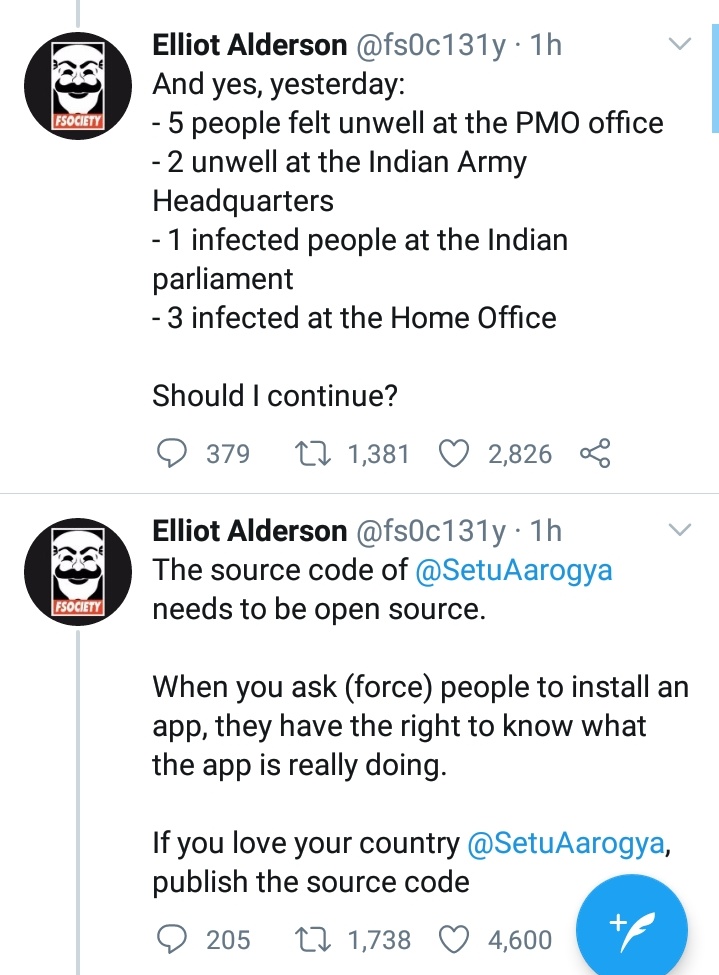 The cyber security expert and hacker said that he concurs with former Congress chief Rahul Gandhi with respect to the Aarogya Setu app.

A hacker has raised concerns of security issues with the Aarogya Setu App launched by the government in the wake of the COVID-19 outbreak. Running by the name Elliot Alderson, he has alleged that the issue puts the data of 90 million Indians at stake.

Tagging the Aarogya Setu app handle, he tweeted, “A security issue has been found in your app. The privacy of 90 million Indians is at stake. Can you contact me in private?”

“PS: @RahulGandhi was right,” he added.

In another tweet that followed, he claimed that 49 minutes after his first tweet, the Computer Emergency Response Team (CERT) and the National Informatics Centre (NIC) under the Ministry of Electronics and Information Technology contacted him. He claimed to have disclosed the issue to them and said that he is awaiting a response.

He added, “I’m waiting a fix from their side before disclosing publicly the issue. Putting the medical data of 90 million Indians is not an option. I have a very limited patience (sic), so after a reasonable deadline, I will disclose it, fixed or not.”

In 2018, the cyber security expert and hacker decided to look into how watertight the security of mAadhaar, the Aadhaar Android application, is, after receiving an anonymous tip. He went on to reveal several issues with the same, one of which was the use of Aadhaar data by third party websites.

Death penalty for convicted of raping children upto 12 years of...