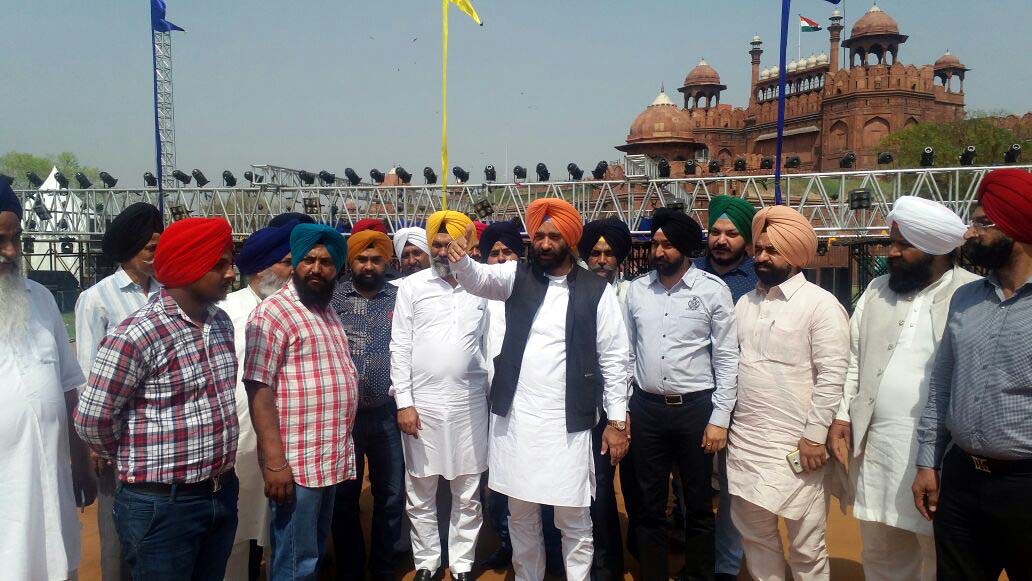 Disclosing this in a statement released here today, the DSGMC General Secretary and former MLA Mr. Manjinder Singh Sirsa said that this is fourth time continuously when the event will be celebrated in a big way. He said that main motive to organize this mega show is make our youth aware about different phases of evolvement of sikh religion, culture and history.  He called upon the parents to bring their children and young ones in large number to the event so that they could take benefit from it and have a first hand information about the sikh way of life.

Mr. Sirsa disclosed that on day March 25, 2017 event will began at 6 pm in the evening with recitation of Gurbani Kirtan by Gurbani Virsa Sambhal Istri Satsang Sabha, followed by path of Rehras Sahib, then  different Jathas will perform kirtan and path.

He further disclosed that on the second day a Jarnaili Fateh March will be carried out from Chattha veer pul to Red fort ground which will began around 2 pm in the noon. Same day a historic event will be organized in the evening where Dhadi Jathas will perform, a gatka programme will be organized apart from that former Vice Chancellor of Punjabi University Dr. Jaspal Singh will deliver a lecture besides others speakers.

Mr. Sirsa said that this is a proud moment Sikhs settled worldwide as conquering Delhi has a great historical significance and sikh, a newly born religion has great leaders who led from the front to conquer the national capital at a crucial time. He appealed to all the people of Delhi particularly the  sikh youth to participate in this event and derive maximum benefit to have knowledge about rich traditions and history of  Sikhs.