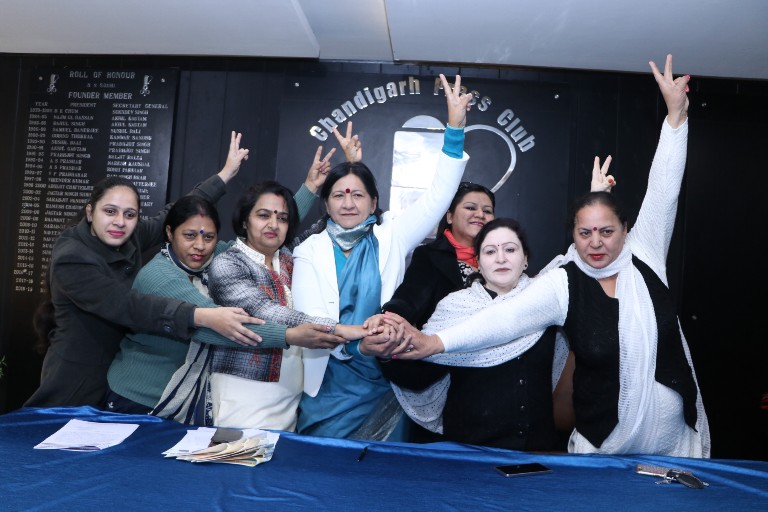 “If Bharatiya Janata Party (BJP) or Aam Aadmi Party (AAP) could field women candidates for Lok Sabha elections so why not Congress President, Rahul Gandhi. If it happens, it would be a landmark decision of the Congress, because so far in the ‘City Beautiful’ Congress has not taken such a decision despite the fact that woman can run a state as efficiently as she can run a family.” This was stated by Poonam Sharma, former Mayor. She has also held the position of Chandigarh Mahila Congress President. Sharma was addressing the media at Chandigarh Press Club in Sector 27 here today.

In a letter to Rahul Gandhi, Poonam Sharma has demanded that this time woman candidate should be given ticket for Chandigarh MP seat. She added the candidate should be from city who knows about its issues, who is dedicated and who has the determination to bring about a change in the city. In her letter to the Congress Chief, Poonam Sharma has stated instead of fielding a celebrity, someone from the city should be given an opportunity.

Poonam Sharma said, she had already got a feedback from various social organizations and city residents, who are also of the view that a woman candidate should be fielded by Congress. Today women can walk shoulder to shoulder with men and have the capability of working at par with them, which was evident from her performance as a mayor in 2015, when she worked effectively for the betterment of city, she added.

The former mayor said, city needs a person who understands the problems of city residents, and is capable of working for the betterment of city, which would come as a welcome decision of Congress Chief Rahul Gandhi and will set an example. Poonam Sharma said, “There is a need for someone who strongly advocates women empowerment and shows keen interest in working for the improvement of city.”

She further also announced that she along with other Congress leaders will start door to door campaign in view of the forthcoming Lok Sabha elections. She also appealed to the senior leaders of Congress to come forward in support of her demand to field a woman candidate from Chandigarh this time.

AAP leaders from Delhi land their support to Ramchandra Yadav