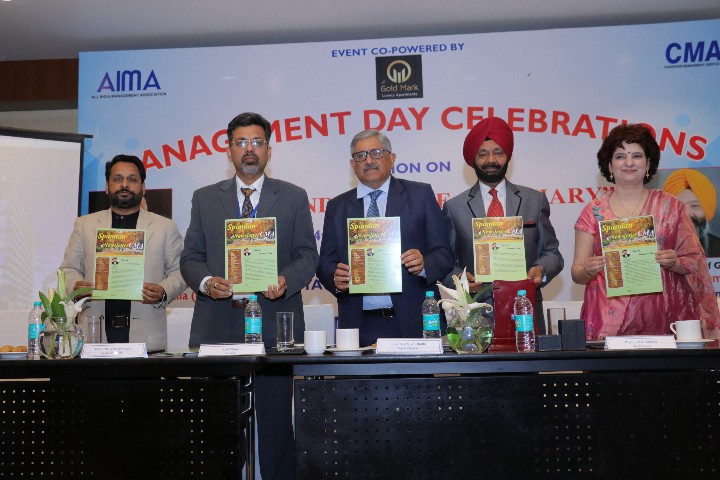 Chandigarh Management Association organised a brilliant talk on Independence of Judiciary by a top Luminary – Justice Rajive Bhalla on Management Day Celebrations. Prof Prem Singh Chandumajra also graced the occasion as Chief Guest. President Lalit Bajaj welcomed the elite gathering of CMA. Rajive Bhalla Key Note Speaker explained the intricacies of Law in a candid, lucid and comprehensive manner. He explained how man is born free but chained through social and political system. Food, money and clothing is the requirement of everybody but freedom we aspire is bonded. Earlier autocratic system of king was there. King was considered messenger of God and had immense powers but now it is not so. Judiciary is there for implementation of Law and we have high courts and also supreme court. He explained how legislation, executive and Judiciary has all the powers.
Independence of Judiciary needs to maintained and it has become a fashion to say that judiciary is corrupt. Only judiciary can save and protect.
Prof Chandumajra also gave his views on Independence of Judiciary He explained how after emergency the politics tried to rule the Judiciary. Ultimately it resulted in a better and refined system by Judiciary and political people alike. Independence of Judiciary should be maintained and not compromised.
The event was largely attended by the members of Chandigarh Management Association. Mr Rajbir Deswal ADGP Retd also graced the session Lalit Bajaj President, Chandigarh Management Association (CMA) extended floral welcome to Justice Rajive Bhalla
Prof J PS Nindra Vice – President thanked the Chief Guest for enlightening the members. General Secretary Karun Kashmiri concluded the event in very interesting and lucid manner.

JLL India Relocates its Mumbai Office to ONE BKC