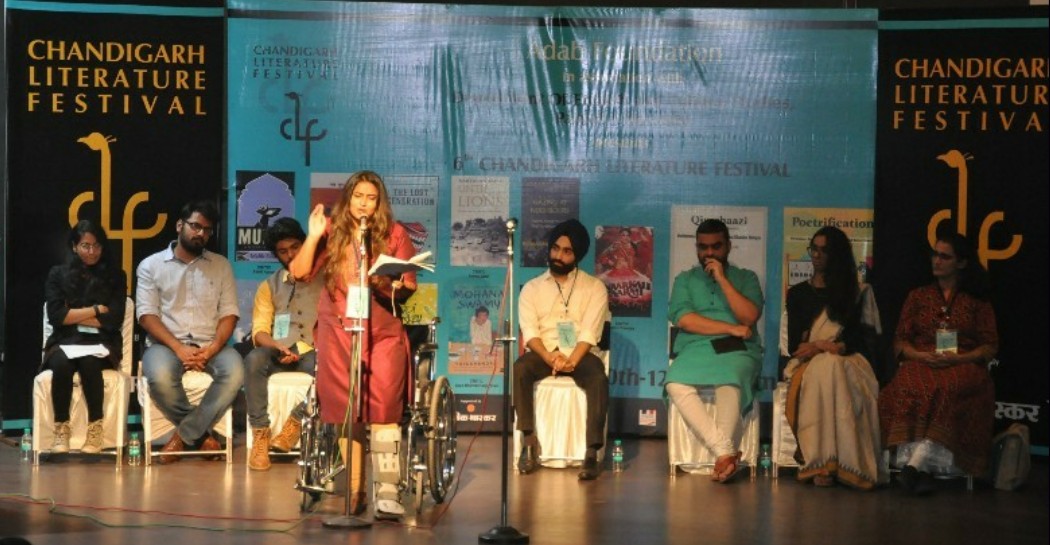 The final day of CLF began with a thought provoking session on the book The Seasons Of Trouble. The book is a non- fiction account of the Sri Lankan Civil War. Author Rohini Mohan said that while writing the book, she wanted to keep her persona away from the narrative. She talked about her visit to the war-torn country and the strong military presence there. Talking about the difficulties faced, Rohini shared her experience of the conflict-zone. She visited Sri Lanka on a tourist visa valid for the duration of a month.

“CLF 17 concluded on a satisfying note. The festival saw young & established authors engaged in interesting talks by well known literary critics of the country. Not just books we celebrated performances based on literature like Qissebaazi & Poetrification. Films too were discussed and screened. There were poetry sessions & pertinent panel discussions also.” Said Mitul Dikshit, Chairman, Adab Foundation, which organised the event on Association with Department of English & Cultural Studies & Department of Indian Theatre, PU.

A conversation was held between Director of film ‘Anaarkali of Aarah’ & critic Mihir Pandya after the movie was screened. The main lead actress Swara Bhaskar is shown to face the harsh reality of the society and the system. Swara plays Anarkali, a dancer who performs on lewd numbers,& finds herself wronged by the law when no action is taken against her being molested. She, however, is determined to seek revenge. Mihir Pandya said that the climax of the movie is with a song that leaves an impact on the audience. It came out in the discussion that the protagonist  has a strong and powerful character and that it is actually is the right time now, to make people aware about the movie so that women in society could relate with it.

Munnu: A Boy From Kashmir Author Malik Sajad was seen in conversation with Critic Akhil Katyal. Munnu is a  graphic novel & was a commentary on the last two decades of Kashmir, a first-hand account of the lived experience in the valley. The author Malik Sajad said that visuals allowed him to tell his story in fewer words while not compromising on the content. He believed that pencil sketches opened the doors of one’s imagination. Talking about his writing experience, the author said that writing had come to him spontaneously.

Gazing At Neighbours was an attempt to show the reality of the border. Much to his surprise, the author Bishwanath Ghosh had found that the people from border regions did not show any hostility against neighbouring countries.  This came out during a session on the book between the Author & Critic Prabhat Singh. As opposed to popular imagination, people living in border areas had no bitterness against Pakistan and Bangladesh.

The panel discussion ‘Writing Scared’ delved into the rising intolerance and censorship in Punjab. Amandeep Sandhu was the moderator.The panelists identified four different types of censorships which were prevalent – sacred censorship , state censorship, social censorship and self- censorship. Professor Surjeet Singh & Daljit Ami were the other panelists.

The mysterious Ailment of Rupi Baskey Author Hansda Sowvendra Shekhar was seen in conversation with critic Vivek Menezes in an engaging session.  The festival came to an end with a lively Poetry session ‘New Words: Young poets present their work in English, Hindi & Punjabi.’ This  was a multilingual event with a focus on a younger generation of poets Curated by Akhil Katyal & Amy Singh.