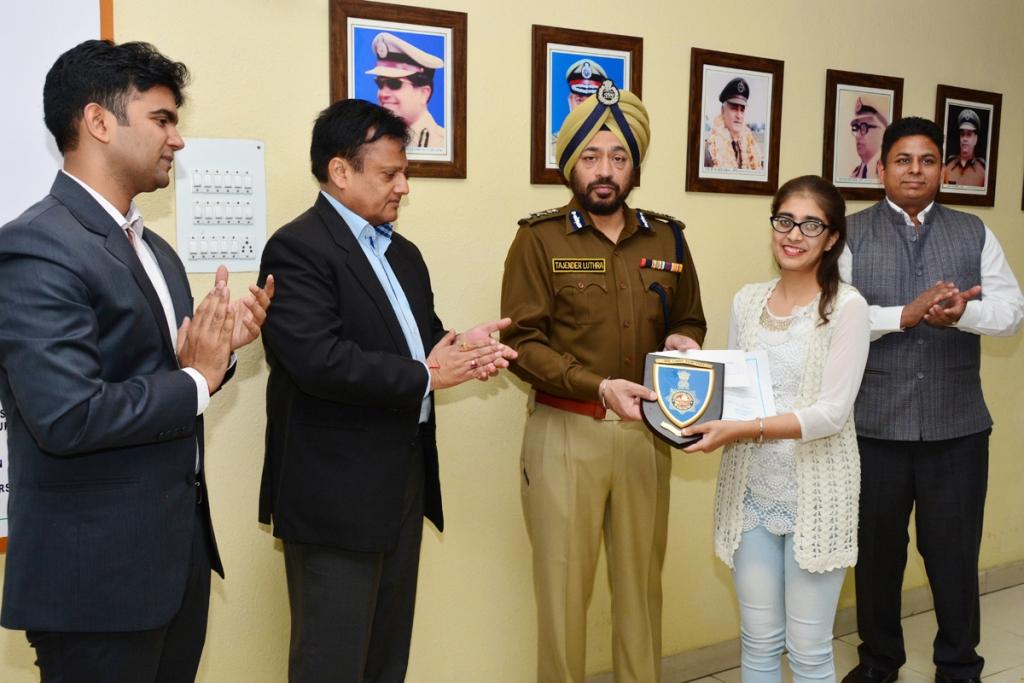 Ms. Divya Bhatia R/o H.No. 1972/1, near Qila, Manimajra, Chandigarh was rewarded with cash Rs. 5,000/- with 1st class Certificate who had caught a thief on suspect basis and handed over him to the police. Later 10 bi-cycles and one mobile phone were recovered from the accused during interrogation.

Smt. Malti Devi W/o Sh. Raj Narain Pandey R/o # 3637, Mauli Complex, UT, gChandigarh and Smt. Simran W/o Sh. Harminder Singh R/o # 51C, Villae Raipur Khurd, Chandigarh were also rewarded with cash Rs. 5000/- and with 1st class Certificate. With the help of Smt. Malti Devi who runs a tea stall near park, Mauli Complex, Chandigarh, a missing child Gaurav was traced out and Smt. Simran kept the missing child in her safe custody and handed over to his parents in presence of police party.

The Traffic Marshals who performed their duties with keen interest and utmost devotion and spent many hours for helping Chandigarh Traffic Police in organizing Traffic Nakas were also awarded by the W/DGP/UT. Besides this, W/DGP/UT appreciated the hard work put in by police personnel/Home Guard Volunteers and rewarded them for their future encouragement.