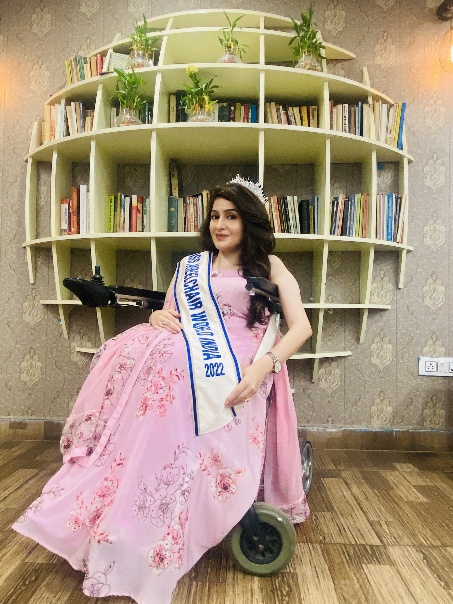 City girl Somya Thakur has got an opportunity to exhibit her beauty and confidence by representing India at an international platform. 27-year-old Soumya will be the tricolour bearer at the ‘Miss Wheelchair World 2022 Contest’ being organized in Rosarito, Mexico in October this year. Somya has been suffering from locomotor disability and scoliosis since birth.  She got further blows when met with a car accident two years ago that made her bed ridden for months and increased her health complication resulting in slow recovery .  But she never let this disability come at any point in her life, resulting in a dignified living

Presently she is working as an HR Professional with a private company and equally balancing her beauty passion as well.

Talking to reporters, Souya said that earlier this year she had applied for this prestigious event along with many participants from India. The event is organized by the Jadina Taka Foundation duly certified by the Government of Mexico. After several rounds of interviews and a published article on her in a reputed Mexican magazine, Somya was invited to participate in this event as ‘Miss Wheelchair World India 2022’. Her dedication to make awareness of inclusion in India for disabled persons was also considered by the organizers.  She revealed that apart from India, more than  about 30 other countries including Brazil, Canada, France, Malaysia, Netherlands, Spain, Russia and Ukraine are participating in the weeklong beauty pageant.

Excited to participate in this competition, Somya said that she suffers from loco motor disability due to which her leg muscles are weak and she cannot bear body weight. This ailment made her dependent on a wheelchair. Despite all odds, Somya completed her education and gave dimension to her career without becoming a burden on her parents.

Along with her profession and passion, Saumya instills confidence in the helpless youth who are in a state of dilemma. She is the General Secretary of the Positive Abilities Rotaract Club under the aegis of Rotary Chandigarh Shivalik and imparts countless ways to live as a motivational speaker. In recent years, she has actively participated in many social works with Rotary organizations and has set an example for the society.

Mexico’s event is her first international exposure, but before this, Somya has participated in many events of  national repute.  Somya had also won praise for her beauty during the longest ever wheelchair fashion show, an attempt for Guinness World Records at Chennai. She has also been the runner up in Miss Kozinoor India 2019. She was also conferred with Women achiever and Nation Great Icon Award in the recent times.

Somya is confident that she will be able to take up the nation’s heritage and cultural pride pretty well at this global platform  for which she equally requires the support from people and Govt to prepare for the competition within two months. 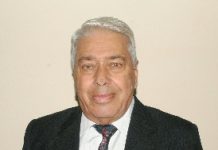 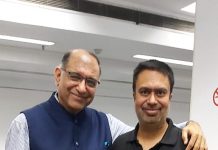 CII Chairman for Startups and Entrepreneurship invests in Pumpkart 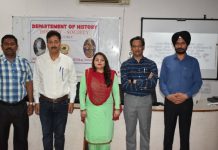 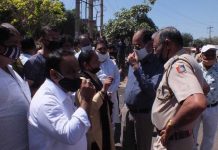 BJYM orgainized rally to thanks PM for 10 percent reservations to...